Rock the Dots at Downtown Disney 2017 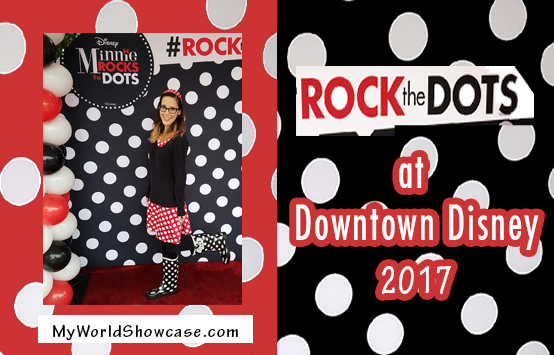 This past Sunday was National Polka Dot Day.  Because Minnie Mouse is the queen of polka dots, Disney encouraged folks to "rock the dots" and had an event at Downtown Disney (Disneyland) and Disney Springs (Disney World) to celebrate.  I wasn't able to go last year when they had an event in Los Angeles since it's a bit farther away for me but when I heard they were going to have something at Downtown Disney this time, I marked my calendar.  Unfortunately it was pouring on Sunday but I have polka dot rain boots so I grabbed them and my umbrella and went anyway!  I'm glad I did...

I could see the Minnie Rocks the Dots photo spot as I got to Downtown Disney and headed there first. 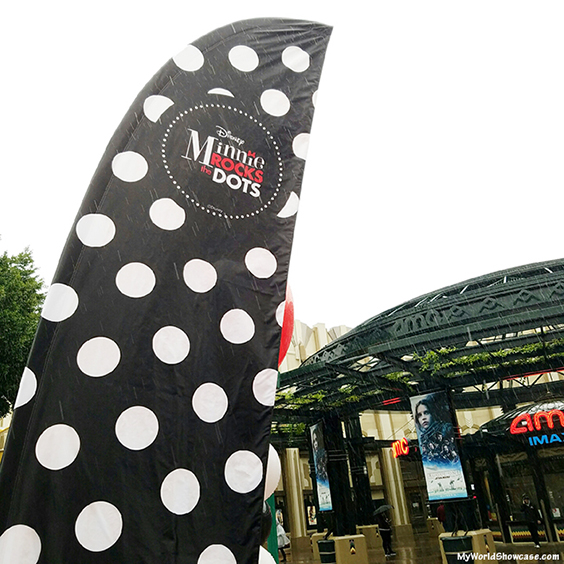 The spot had a roof over it so you were still able to get a nice photo with the backdrop without getting soaked.  The background matched my Minnie Mouse inspired outfit perfectly. 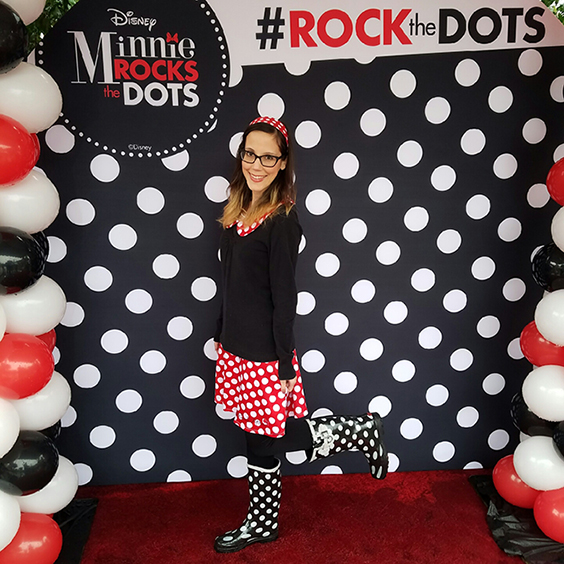 There was some Disney Style staff there and they liked my outfit so they took a couple pictures of me too.  They shared one of the photos on their Instagram story that day! 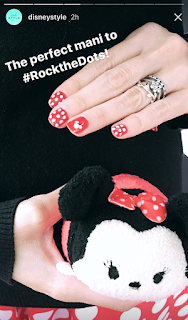 They also shared a photo of my nails and the skirt of my dress on their website in this article, "Downtown Disney and Disney Springs Celebrated National Polka Dot Day in #MinnieStyle." One of the Disney staff gave me Minnie ears as a thank you for allowing them to take some pictures.  It was a fun experience!

At the photo spot, they were distributing info on what places had special offerings for "Rock the Dots."  A few places had special polka dot food like Catal had polka dot pancakes and Naples had polka dot italian sodas.  There were also some shops that had discounts for you if you were in polka dots such as Build-A-Bear.  Here's the sheet with the info- my little Minnie tsum snuck in there! Click on the photo for a closer look! 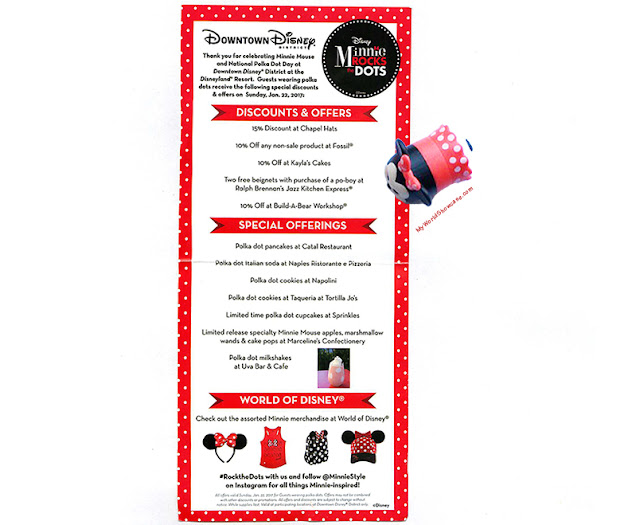 Most of these places were giving out Rock the Dots buttons so we went and got some.  The buttons are so cute.  My Minnie Mouse tsum tsums approve! 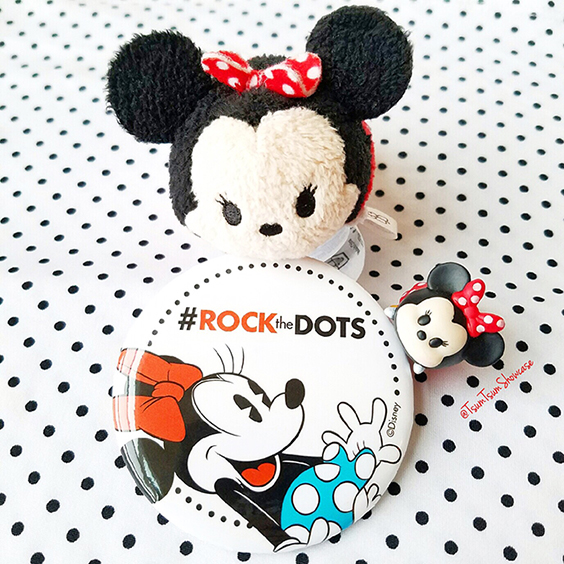 I had a nice time rocking the dots at Downtown Disney.  I think they'd had more planned like Disney Springs who had Minnie Mouse there, but I'm guessing they weren't able to do them in California because of the amount of rain.  I was glad they still held the event however and I hope they do it at Downtown Disney every year! 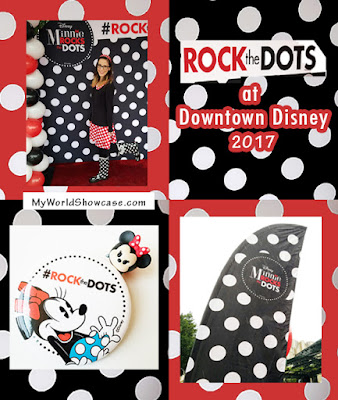 After my stop in Downtown Disney, I went to the parks and rocked the dots in the rain.  I love Disneyland in the rain because it's much less crowded.  We took several photos of rainy Disneyland so I'll save them for another post but here's one for now! 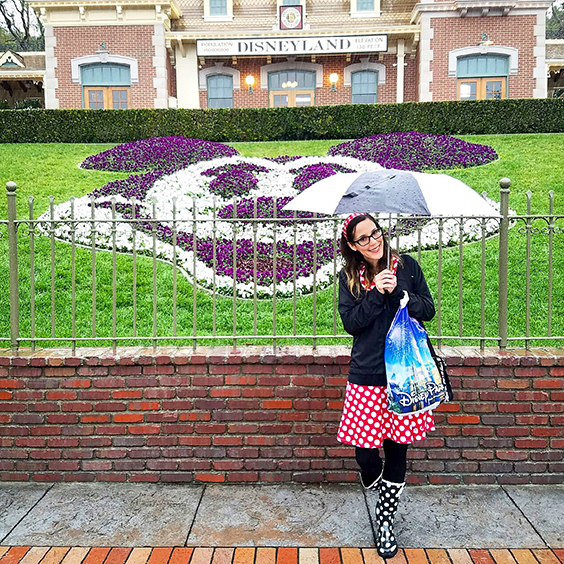 If you want to see more photos of my polka dot nails, check out my post at Pixie Dust Nails:  Rock the Dots- Minnie Mouse Nail Art. 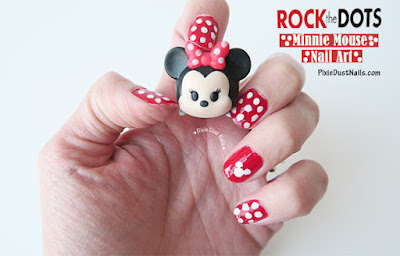 Have a magical day!
Posted by Nerissa