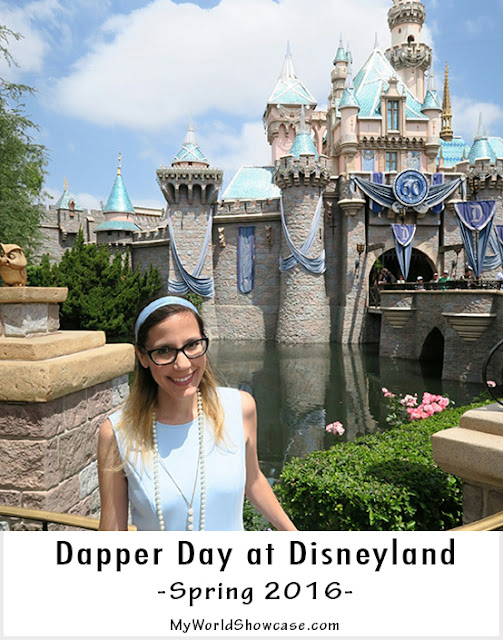 Around two weeks after we returned from Dapper Day at Disney World, it was time for Dapper Day at Disneyland!  Like we did last year, we made a weekend of it and got a room at one of the hotels that had a discounted Dapper Day rate.  We got there on Saturday and after checking in to the Disneyland Hotel, we hung out by the pool.  Because it was where we had our wedding, the Disneyland Hotel feels like home to us so it was nice to spend the weekend there.  There's no place like home! 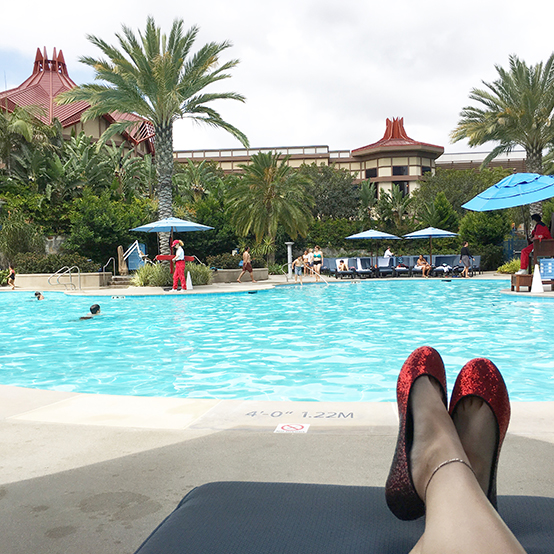 After our room was ready and we dropped off our stuff, we headed over to check out the Dapper Day Expo which was also at the Disneyland Hotel.  That is one of the major differences between Dapper Day at Disneyland and Disney World.  Disney World didn't have the Expo.  I'm curious to see if it is something that gets added in the future.

Although it technically wasn't Dapper Day yet, I decided to dress up a bit and wear an outfit inspired by Snow White.  You can see the whole thing in this photo taken near the entrance to the expo. 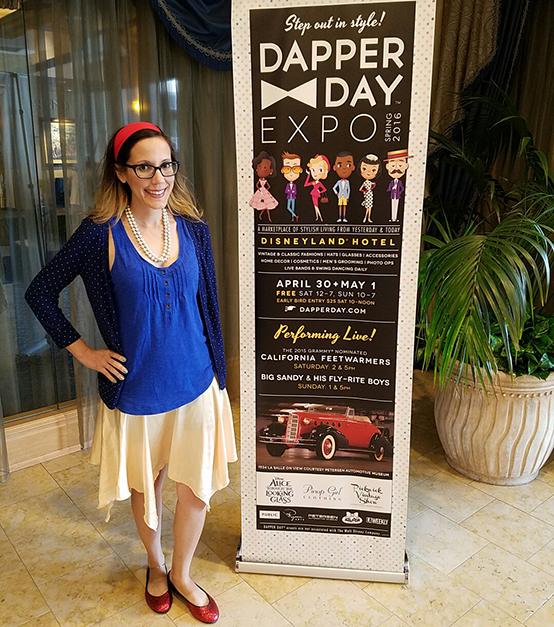 The Expo had several booths where you could buy fun accessories or vintage clothing.  My favorite is always the photo backdrop and I was especially excited about the one they had this time since it matched the fact that we did some traveling for Dapper Day this year - Dapper Day coast to coast! 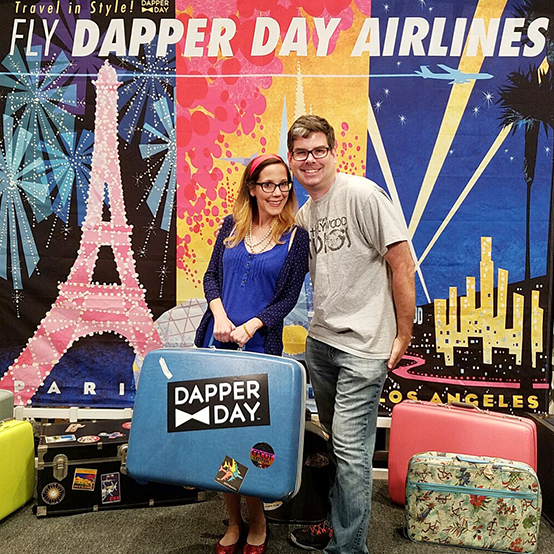 I didn't buy too much at the Expo, just a few Dapper Day magnets that matched the backdrop and some buttons.  After that, we went to Disney California Adventure since it was the last weekend of the Food and Wine Festival.  We had a Karl Strauss beer tasting reservation and had fun time learning more about their beer and trying their samples.

The next day was Dapper Day!  We started our day with room service breakfast that included a yummy Mickey waffle. 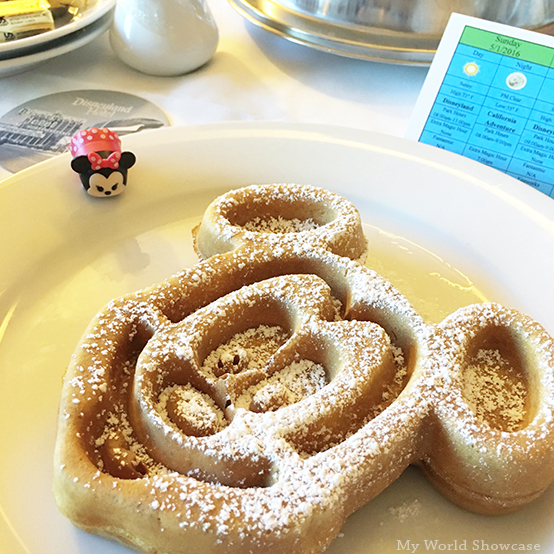 Originally I was going to try to figure out a different outfit for Disneyland Dapper Day but in the end I decided it'd be more fun to wear the same one so I could have photos from both parks in it and put them side by side like this!  :) 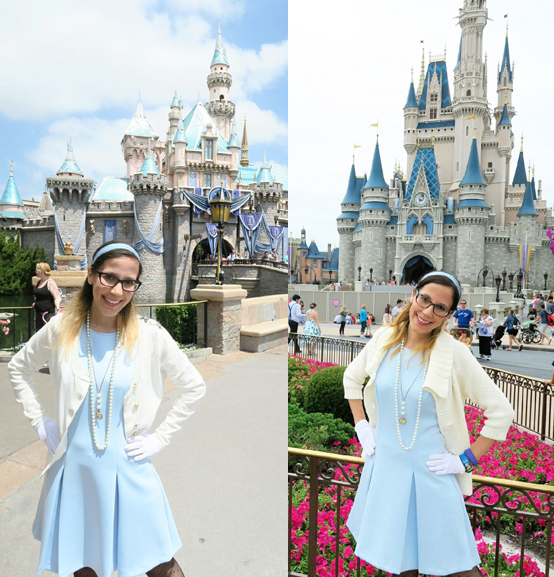 Because there wasn't any rain in the forecast, I was able to wear my silver sparkly shoes!  Before heading into Disneyland, we stopped by the Expo again for some photos there. 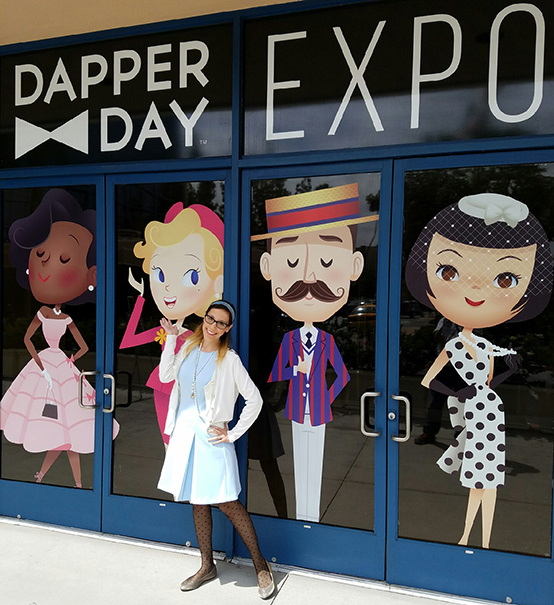 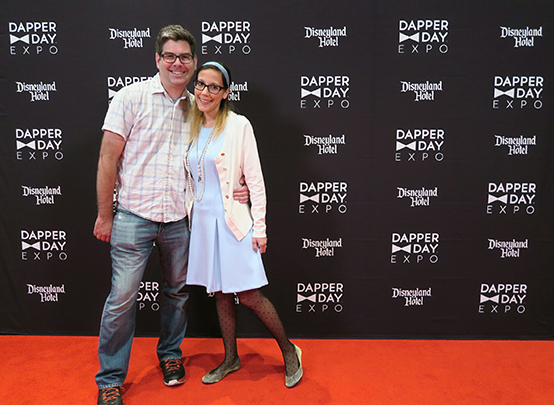 Next we went to Disneyland and spent some time on the Mark Twain steamboat.  Although the boat wasn't making trips, it was open.  There was a band playing there and we enjoyed listening to them as well as visiting Louis from Princess and the Frog who was there too! 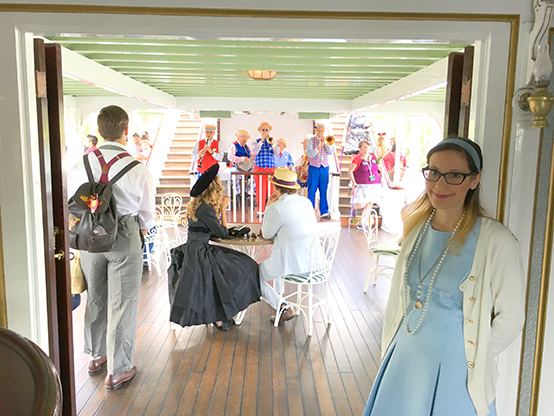 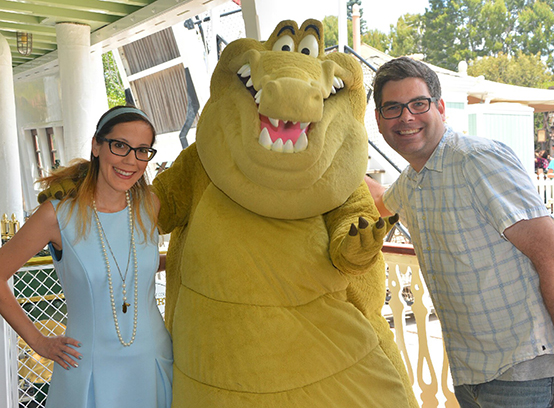 Eventually we went over to Disney California Adventure before heading out.  The highlight was when we ran into some great characters!  We got a lot of wonderful photos- it was hard to pick out just a few! 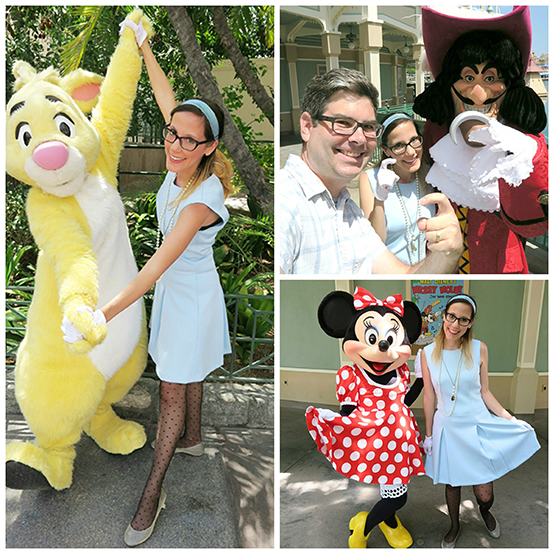 This next one is my favorite. 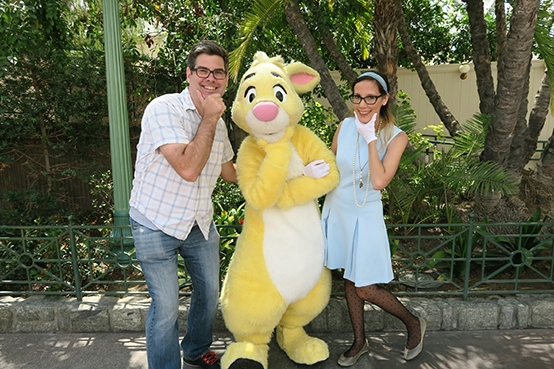 It was a fun weekend. I still can't believe that we were able to go to both Disneyland and Disney World's Spring Dapper Days this year.  Not sure we'll get to do both again anytime soon but I'm glad we were able to do it at least once!  Thanks for reading and have a magical rest of the week!