A Look at Frozen Ever After and the Norway Pavilion The new ride "Frozen Ever After" recently opened at EPCOT and we were able to go on it during our recent visit to Orlando. We took several photos of the Norway pavilion and even some video so I am sharing them here! 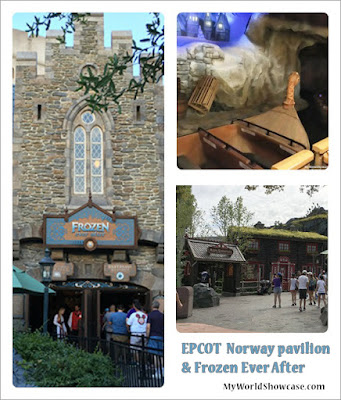 We were able to book Fastpasses for the ride a while back.  We got up very early on the day they first released the Fastpasses in order to get them.  It was worth it because with our Fastpass we only had to wait a few minutes instead of the 180 minute standby line! Our Fastpass was for 10 in the morning so after a quick champagne breakfast in the France pavilion, we headed over to the newly renovated Norway pavilion where the ride is located.  It is so nice to see that area no longer under construction.  They added a new building where you could meet Anna and Elsa and they even added brand new restrooms! 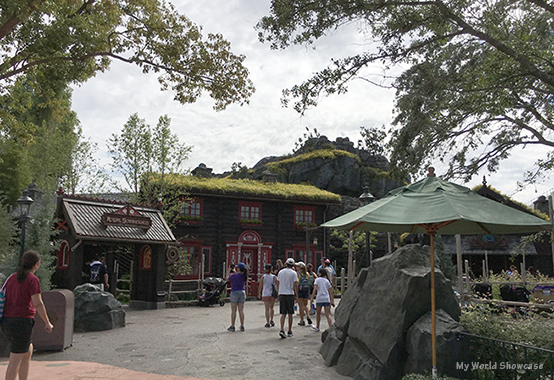 We went straight to the ride and got in the Fastpass line.  We passed a lot of people!  If you are planning to go, I strongly suggest trying to get that Fastpass.  We heard the ride breaks a lot so it's definitely worth it since you don't want to wait a long time only to have it break before you get on.  Here's a few photos from the line: 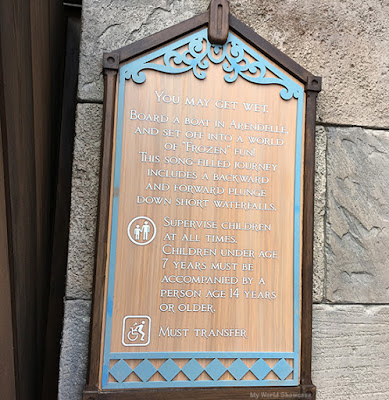 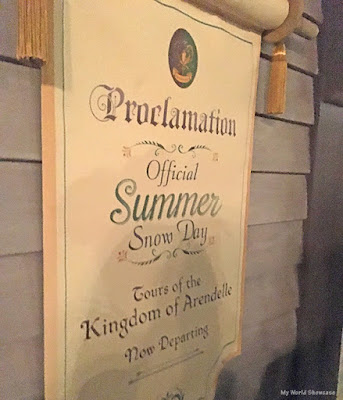 I enjoyed listening to Oaken tell us to keep our feet and hands inside the boat at the start especially when he spoke in Spanish.  The technology they used to animate the characters was amazing.  Olaf looked so adorable and huggable, I wanted him to jump in our boat so we could take him home!  Check out the video at the end of the post for a closer look at the ride. I was excited about Frozen Ever After but also had mixed feelings about it because it is what replaced the Maelstrom ride that was there before .  Although I LOVE Frozen, Maelstrom was one of my favorite rides at Disney World.  Since it's in EPCOT's World Showcase, I was hoping the ride would be the characters of Frozen showing us around Norway but it is mostly just different scenes and songs from the movie.  I enjoyed the ride but I think it would have been a better fit in the Magic Kingdom.  Despite that, the new ride is still really cute and worth checking out!

I was happy to still see this guy in the shop after the ride and we ended up buying a stuffed troll there. As we were leaving the pavilion, we saw that somehow the line to meet Anna and Elsa was only 15 minutes long! So we jumped in the line. The building the queue goes through was neat and I took some photos while we waited. 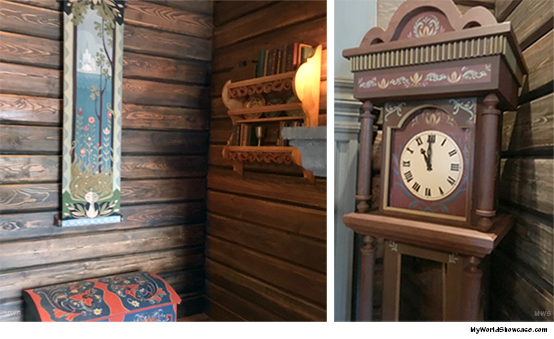 I especially liked the Anna and Elsa dolls we spotted by a staircase. After a short wait, we saw Anna and Elsa.  Unlike in Disney California Adventure, where you can meet them together, at EPCOT they were separate.  They stand near each other, but each in their own photo spot.  The people in front of us asked if they could get a picture with them together but it was not allowed.

We saw Anna first and she was delightful.  She even helped us name our troll!  She asked me my favorite season and I told her spring and she said, "hmmm.... how about...Fern... Fernando!"  So the troll is named Fernando. Then we met Elsa and that was our Norway Pavilion experience!

On a somewhat related note, my husband and I created a YouTube channel called Parkhopbears where we post videos from our adventures.  We posted our very first video which is a look at the Frozen Ever After ride. Hope you enjoy it!  :)  I've been having a lot of fun editing these videos so there's already two other videos on there.  If you are interested, subscribe to our channel so you can see when we post new videos!

Here's a closer look at Frozen Ever After!

Thanks for reading and watching!  <3
Posted by Nerissa