Wizarding World Hollywood - Before and After 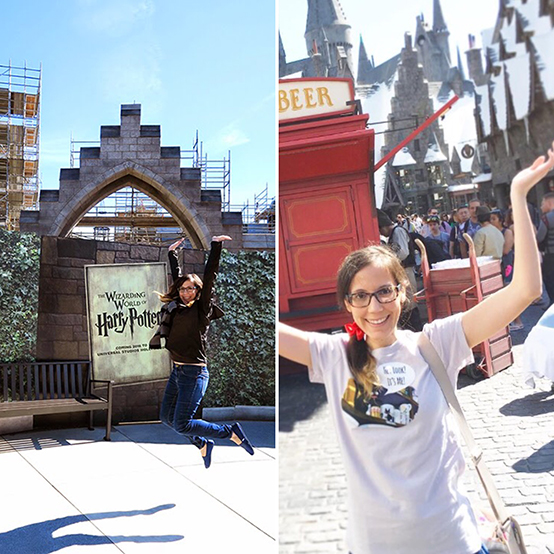 Today's the day...  The Wizarding World of Harry Potter at Universal Studios Hollywood is officially open!  I've been able to go during their technical rehearsals and although I'll miss how empty it was during those visits, I'm excited that it is now truly open.  No need to search Instagram and Twitter anymore; one can now just look up Universal's hours and then head over!  My husband and I have been Universal Studios fans for a while now and usually go at least once a year so it's been really neat to watch it's transformation as they continued to add new sections and rides to the park like Transformers, Minion Mayem, a Despicable Me section, and Springfield.  The one we were most excited about was the Wizarding World so we kept trying to catch glimpses of it as it got constructed.  Because it's finally opening day, I thought it'd be fun to look back at some photos from when the Wizarding World was under construction and compare it to now!