If you're looking for an Easter activity to do at Disney Parks this weekend, check out the Egg-stravaganza maps.  At select locations, you can purchase an egg hunt map that includes stickers you can put on it as you find each Disney themed egg.  We got one for the first time this year and ended up having a lot of fun with it.  I also had a lot of fun taking photos of the maps and eggs with my Tsum Tsums! 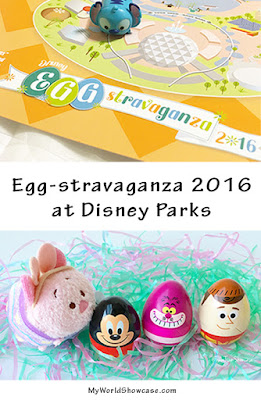 Before you can start, you have to get the map.  They cost $5.95 plus tax each.  You could also just wander around and find the eggs without it but we went ahead and got one so we could keep it as a souvenir.  They sell the maps at select stores and there's usually a sign near the location that indicates they're selling the maps there. 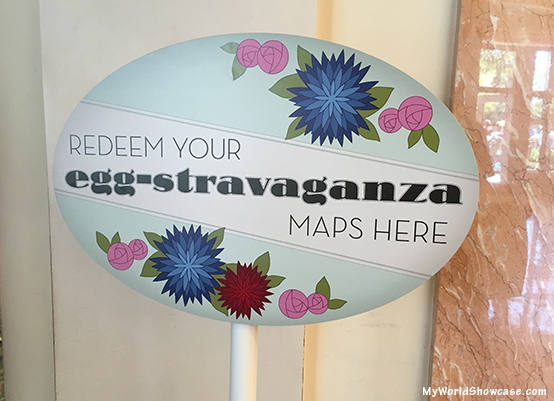 You can choose to redeem your prize when you purchase the map or after you have found all the eggs.  We usually go ahead and get it with the map purchase so we don't have to go back to the store.  Your prize is a choice of one of their six plastic Disney eggs.  Here are the ones we have after having bought three maps.  Piglet tsum really likes them!  :) 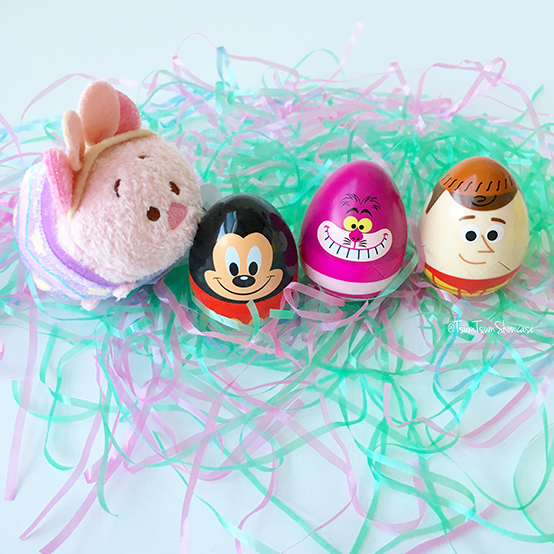 There is a a map for Epcot at Walt Disney World, and maps for Disneyland, Disney California Adventure, and one for Downtown Disney at the Disneyland Resort.  I was happy to see they had a Downtown Disney map because people who don't have tickets to Disneyland can still do this one.

We did our first egg hunt at Epcot while we were at Disney World earlier this month and had so much fun that we ended up doing the Disney California Adventure one when we returned home.  We have one more map that we're saving for the weekend!  I would post photos of the eggs you find on the hunt but I don't want to spoil where their hiding spots are so instead here's a photo of the DCA map with my little Tsum Tsums I have at home. 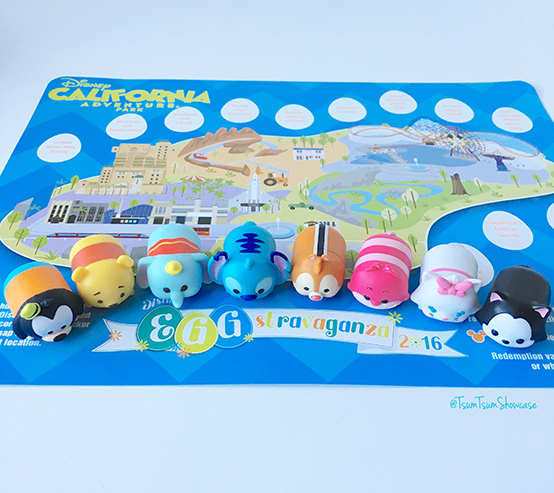 Other Disney parks like Tokyo Disneyland and Hong Kong Disneyland have eggs around their parks too- very beautiful ones that I keep seeing photos of online.  I'm not sure if they have an egg hunt map but I'm sure it's fun enough just to walk around and see each egg.

Happy springtime to you all and I hope you have a lovely Easter weekend! 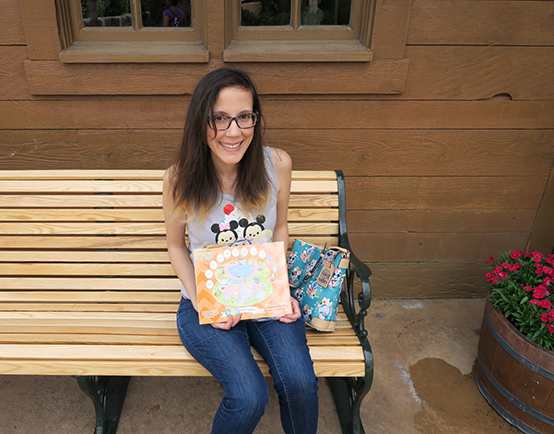