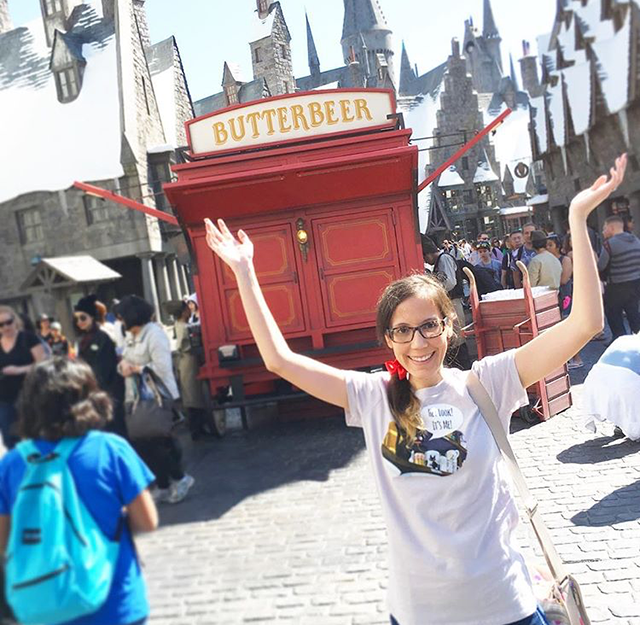 Last Sunday, my husband and I checked out the new Wizarding World of Harry Potter at Universal Studios Hollywood.  We've never been to the one in Florida but we are big fans of the Harry Potter series so we were really excited when we heard it was coming to Hollywood.  We were not disappointed!  I should point out however that it is not officially open yet.  It won't be until April 7th, but they have started having soft openings to the public for technical rehearsals.  What does this mean?  It means that it is not guaranteed that it will be open if you visit the park and even if it is open not every part of it may be open.  There are no set hours for it so there is a chance that it may be closed if you do go.

However if you plan to get or have an annual pass, it may be worth going before April because if you are able to get in it's great since it is not as busy as it probably will be when it is officially open.  We were able to do everything with very little wait.  Once it's open, I expect those wait times will increase.  I'll put some info at the end of this post on how to try to visit during a technical rehearsal.  First though, here are some photos!

Posted by Nerissa No comments: