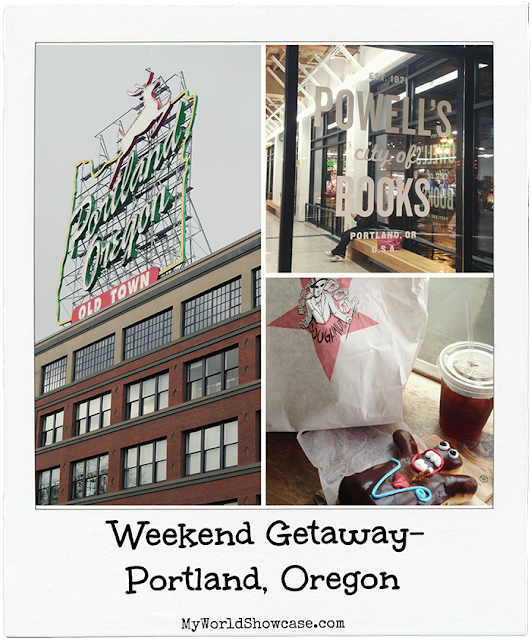 Around this time last year, we visited Portland, Oregon.  It was a weekend trip but we were able to make the most of our time and went to several great places.  We always had an interest in going there largely because it is the setting of one of our favorite TV shows, Portlandia.  So of course several of the spots we checked out were places we'd seen on the show!  I've split the recap up into a list format so that it's hopefully more helpful for anyone planning a trip there.  Here we go!

Where We Stayed- The Nines Hotel

We stayed at the Nines Hotel.  It was a bit expensive but the room felt luxurious.  The hotel was in a great location close to a lot of the places we wanted to go.  One of the cons was that parking was valet only so if you rent a car, it can be a bit of a hassle.  There are a couple restaurants in the hotel- we tried two, Urban Farmer, which wasn't our favorite but was convenient and Departure Restaurant & Lounge at which we didn't try the food but did get drinks there.  Departure was travel themed and had maps on the wall which I thought was a nice touch.  It seemed popular since it was crowded but we had a good time.

Weather
Portland does get a bit of rain during some seasons and we got to experience a lot of it during our visit.  So much rain that one of our souvenirs from the trip was an umbrella.  It was actually kind of fun though since we don't usually see a lot of rain where we live.  I do recommend checking the weather before your visit so you can be prepared.  We knew to bring jackets and boots so we were in pretty good shape. 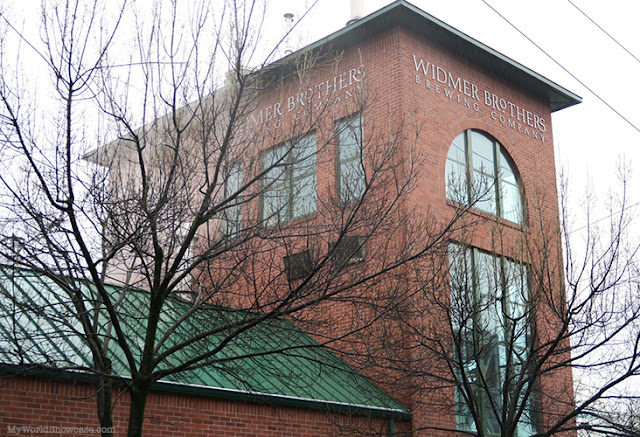 We headed to Widmer Brothers brewery right after we left the airport since there was still some time before we could check into the hotel.  We did the tour which was interesting and a good deal.  You get to sample some of their beer at the end of the tour and get to keep the small tasting glass. The beer was pretty good- my favorite was the one called Brrr (although it may be because I liked the name so much). If you don't have time for the tour, you can also visit their restaurant and try their beers there. 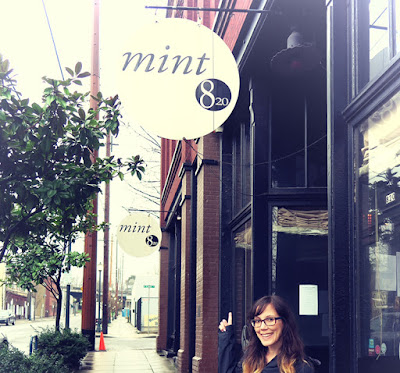 Mint 820 is located just down the street from Widmer so we were able to easily walk over after our brewery tour.  We went to this place mainly because of the sign they have outside. The exterior is seen in the show Portlandia in my favorite episode titled "The Mixologist".  Although the interior wasn't used in the show, after taking several photos of the sign, we went in for a snack. The staff there was really nice and even gave us free dessert when they found out it was our first visit to Portland. It was a good stop on our trip. 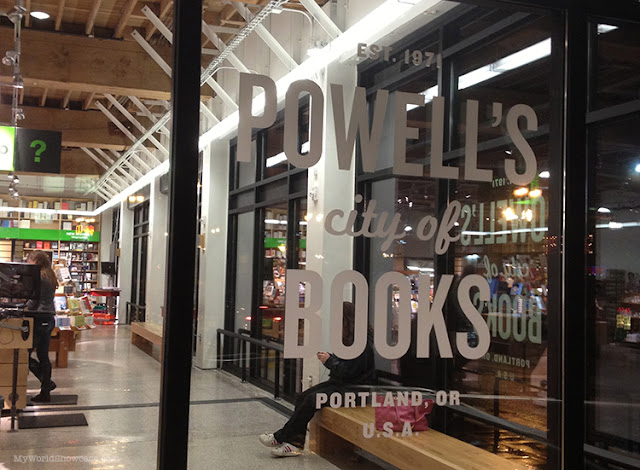 This store was huge and was like a book lover's dream! We had fun exploring their many sections.  There was even a table that had Portlandia items and one with Oregon souvenirs. It was a large store and we definitely could've spent more time there. One could probably spend the whole day wandering through the many bookshelves. 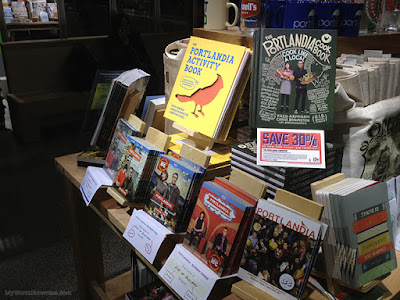 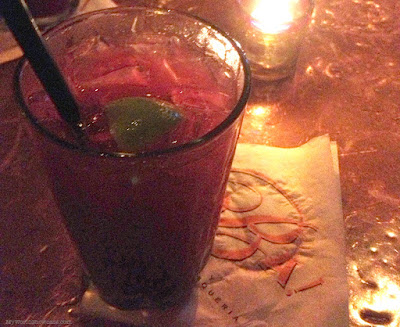 This was another place we went to because of Portlandia.  One of my other favorite episodes, "Nina's Birthday," has a scene here.  We weren't able to eat in the room where the scene takes place since it's for events and parties only but it was still fun to check out.  Plus we were able to have the drink we were hoping to try - the marionberry margarita!  Yum! 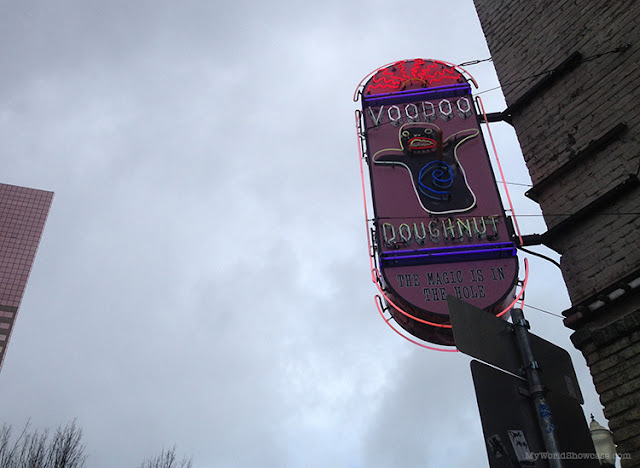 This is a must do for anyone visiting Portland! They have a big selection of doughnuts including one with bacon on it.  I ate a vegan donut and it was delicious!  I wish we had one near home.  So good!  You can also see this place in the Portlandia episode called "Grover" when they go on a scavenger hunt around Portland.

The "Keep Portland Weird" sign is right across the street from Voodoo Doughnuts.  It can be spotted in Portlandia's opening credits. 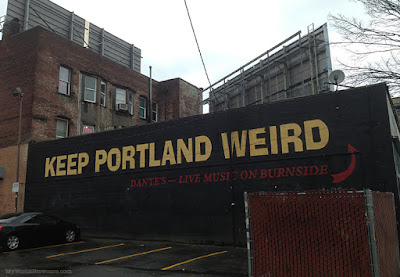 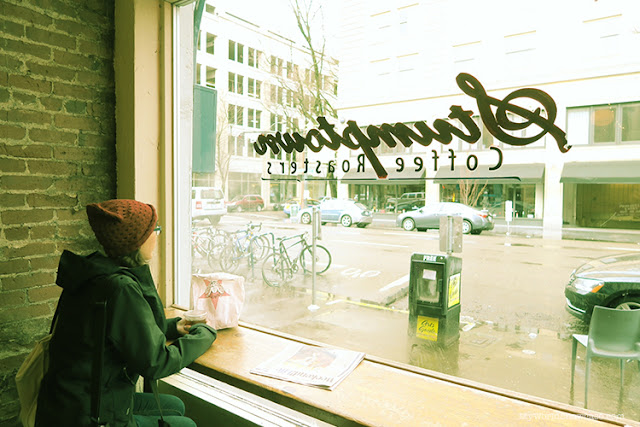 Stumptown is just down the street from Voodoo Doughnuts so we walked over there and got some coffee.  We like checking out coffee shops and have been to this one in Los Angeles but the chain started in Portland so we thought we'd check it out here too.  The coffee went well with our doughnuts! 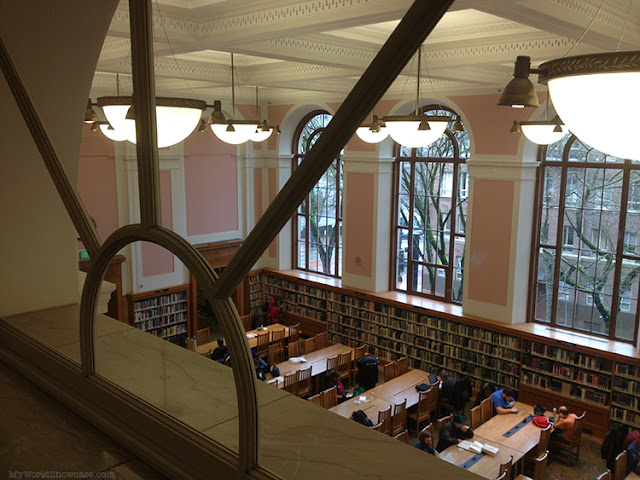 We likes libraries so if a city has an interesting library, we add it to our list of places to visit.  Portland's Central Library was lovely and I liked all the interesting architecture.  It has a great children's section called the Beverly Cleary Children's Library and they even have a gift shop! 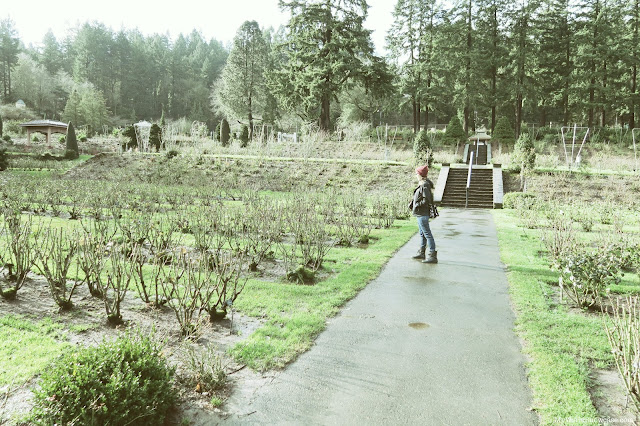 It was winter while we were in Portland so we definitely didn't go to this garden during a time when you could see a lot of roses but it was still fun to visit.  It didn't cost anything so that was nice too!  Because there weren't a lot of flowers, the garden was mostly empty which made it feel peaceful and like you were exploring a secret place.  I imagine it's absolutely gorgeous in the spring when the flowers are blossoming! 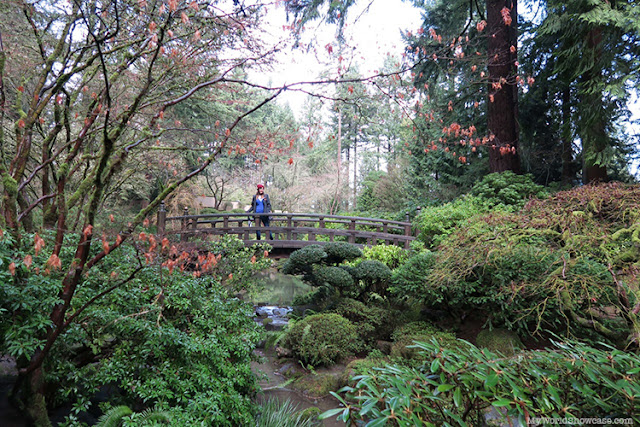 We walked over to the Portland Japanese Garden from the International Rose Test Garden not realizing that that we would need to pay for admission.  After an uphill walk to the garden entrance, we felt we put too much effort in getting there to not see it so we paid the price to get in. It was $9.50 per person but it ended up being one of our favorite things we did on the trip so it was worth it.  It's really beautiful in there and we took a lot of photos. 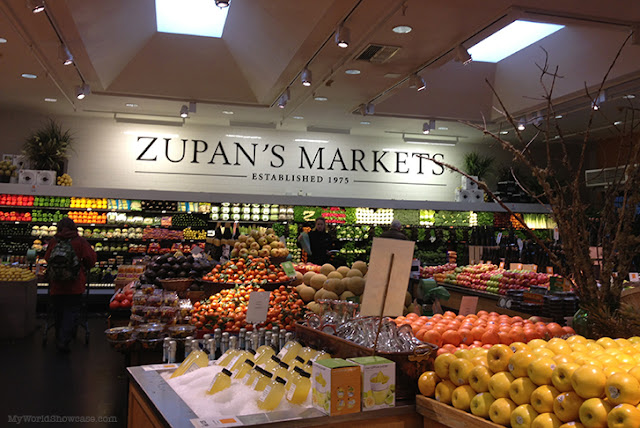 This was another place we went to because it's in an episode of Portlandia (season 2, titled "Cool Wedding").  There's a funny sketch where Jack McBrayer goes to a grocery store and they refuse to give him a bag.  There was one on our way to the gardens so it was a quick and easy stop. We ended up getting a couple things there and in case you're wondering, they did offer us a bag! 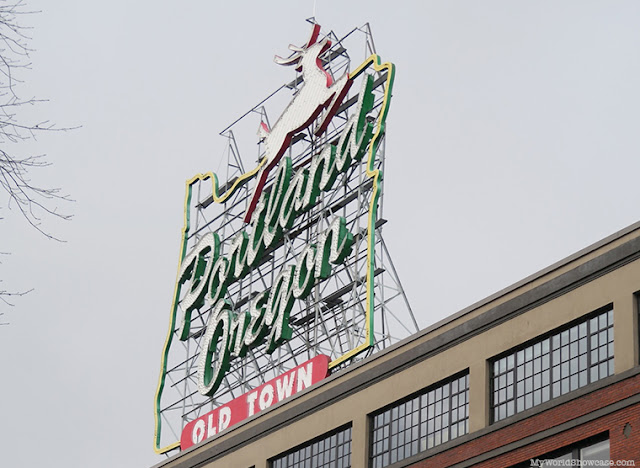 The White Stag sign (also known as Portland Oregon sign) can be seen this from the road but we wanted a better photo so we parked and went walking around to try to find a good spot for one.  It's a famous sign and it's also in Portlandia in the "Grover" episode so we were happy we got our picture! 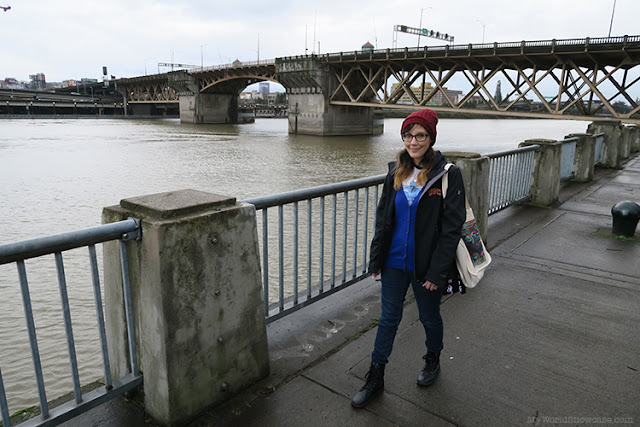 Once again another Portlandia destination but it was nice to check out. This was in the area of where they filmed the "The Dream of the 90s" musical segment in the very first episode.  We weren't sure exactly which spot so we just wandered a bit and took photos trying to look like we were walking around like they do during the song. 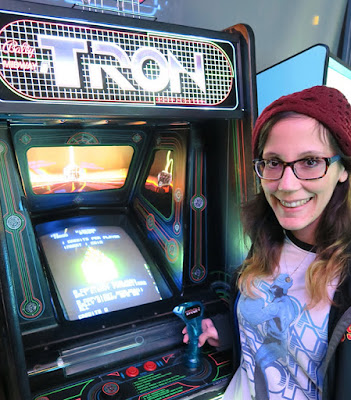 This place was so cool and I seriously need to find one like it in Los Angeles.  They had lots of games including several pinball machines and even Tron!  I was wearing my Tron shirt so I fit right in.  It really made me miss when we had Flynn's Arcade at Disney California Adventure. 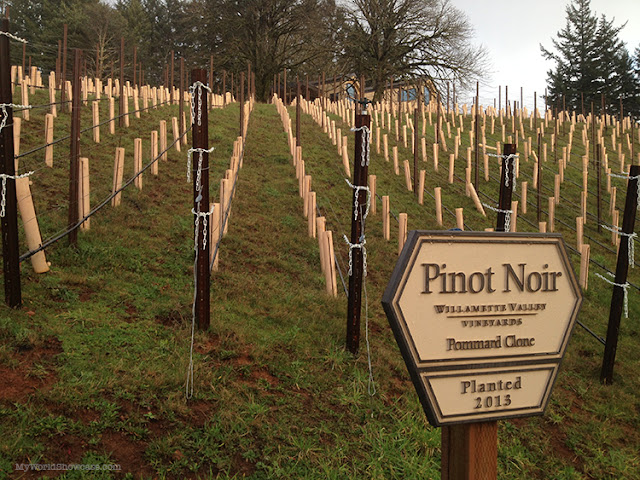 This was when our rental car came in handy.  We wouldn't have been able to go to this winery without it so it was part of what helped us decide whether to rent a car or to use public transportation.  There are several wineries to pick from and we went to the one called Willamette Valley Vineyards.  We really liked it and the views from there were lovely. The wine was good too!  I especially liked their Pinot Noir.  We had a couple bottles shipped to ourselves and were sad when we ran out!

...and that concludes my list of places!  I can't believe the list is so long and I even had to go back and look at the itinerary we planned beforehand in order to remember how we fit it all in to one weekend!  I made a summarized itinerary below so that anyone planning a visit can see the order we did everything and what places were near each other.

I hope you enjoyed this recap and that it's helpful for those interested in a trip to Portland!  We had a great weekend there and hope to go back sometime. 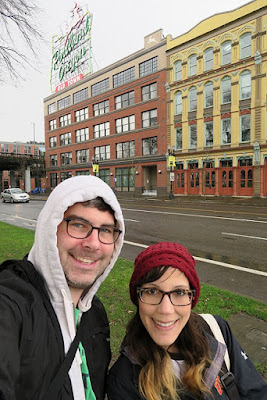