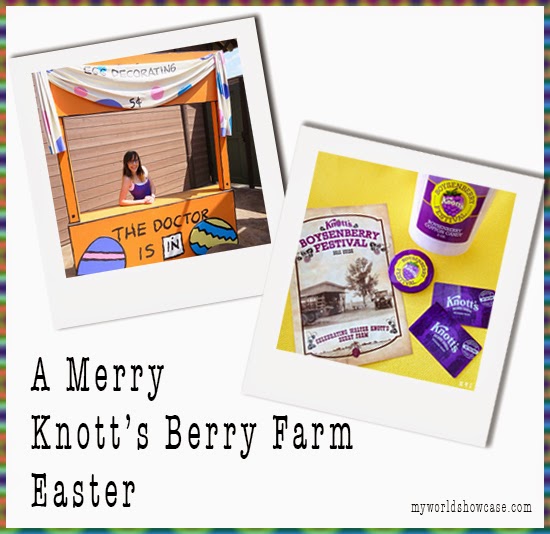 We visited briefly before Easter to check out the offerings they had for the festival and to figure out what we'd like to do when we went back.  I couldn't resist and bought some Boysenberry Cotton Candy.  Yum!  There was a restaurant that we wanted to try so we made plans to have Easter brunch there. Easter came around and I would say I didn't have my hopes up to meet the Easter Beagle but to be honest I really had my heart set on it!  Easter with the Easter Beagle?  Yes please!  We headed towards the Camp Snoopy area first and to my delight he was there AND there was no line!  We walked up to the Easter Beagle who was with Woodstock and I was one happy Peanuts fan! 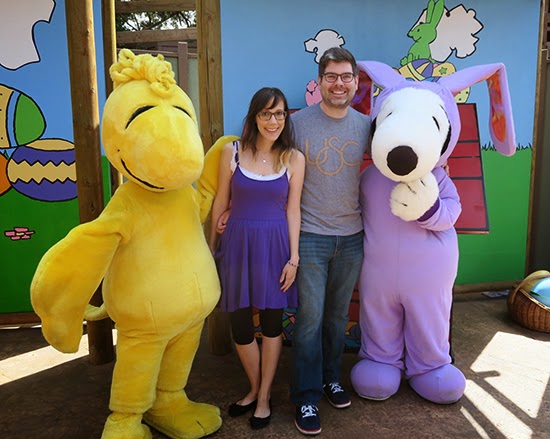 The photo area they have in Camp Snoopy is really cute and colorful!  We also took a picture with Sally who was adorable in her dress. 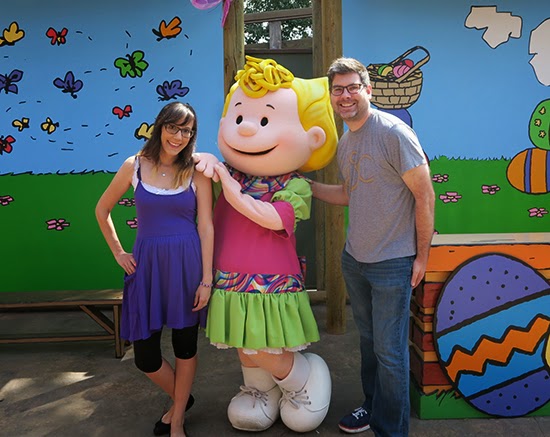 Lucy being clever as she is repurposed her booth for Easter by offering egg decorating in addition to her other services.  I took on a shift while I was there.  ;) 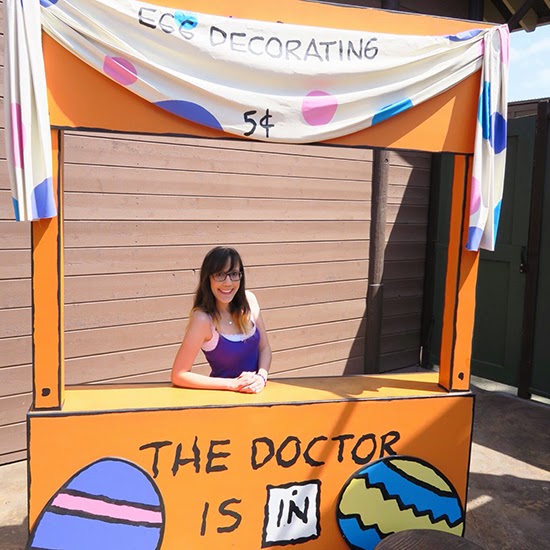 After that we headed over to the restaurant called Ghost Town Grill. Their outdoor seating seemed so pleasant and appealing plus the weather was great so we sat on the patio! 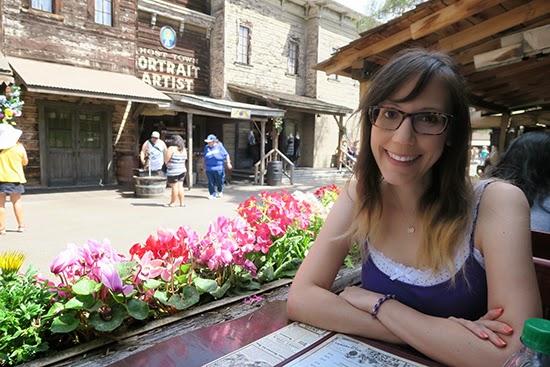 The menu had a good variety of options.  My husband got the Chef's Special which that day was a yummy looking omelet that came with hashbrowns and a muffin and I tried the beef brisket sandwich.  Considering it was theme park food- I was impressed!  The brisket had so much flavor- it was delicious.  We also got the boysenberry wine and the boysenberry beer! After that we headed over to the Wine and Craft Brew Garden.  It was around $19 to get a tasting card to try 6 beverages and it came with a plate of food to pair them with.  We were stuffed so we decided to just split one.  Luckily we did because that was plenty!  We tried some interesting wines- the one that I liked the best was the Chocolate Shop- Chocolate Strawberry wine.  It literally tasted like a chocolate strawberry!  My husband's favorite was the Stag's Leap Chardonnay. 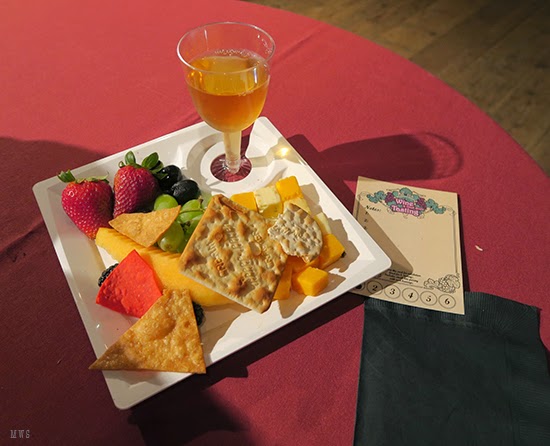 After that we had to get going.  After stopping for Boysenberry coffee (the BEST) and a couple Snoopy cupcakes we headed home.  I look forward to more fun at Knott's Berry Farm in the future. We're excited to be a part of the Knott's BEARy family this year! 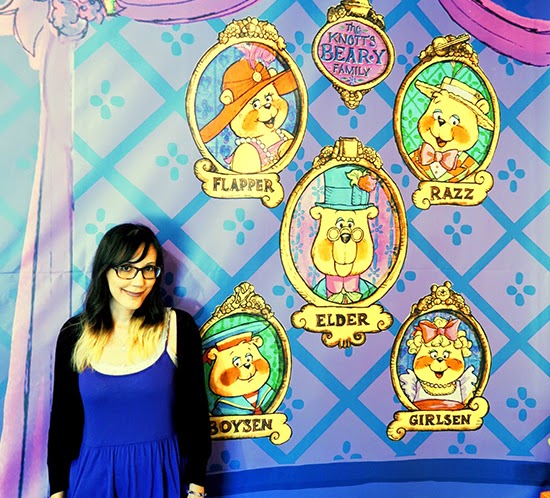