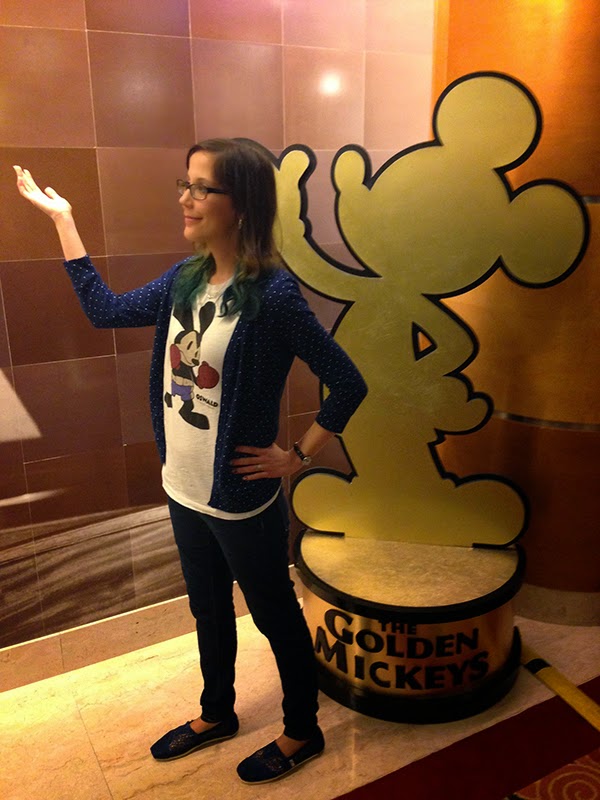 The Golden Mickeys is a musical show you can watch aboard some of the Disney Cruises. We were on the Disney Wonder and it took place on our first night on the ship. The musical plays out like an award show during which different Disney characters get prizes for various categories. The prize is a shiny Golden Mickey statue.

It takes place in the Walt Disney Theatre. The hallway to the theater is quite glamorous- it's hard to believe you're on a boat! You get to walk down the red carpet to get to the show. 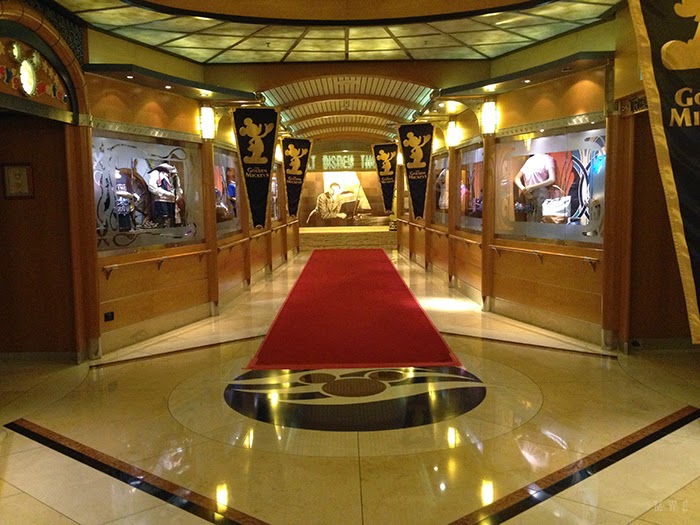 The banners have the Golden Mickey on them. 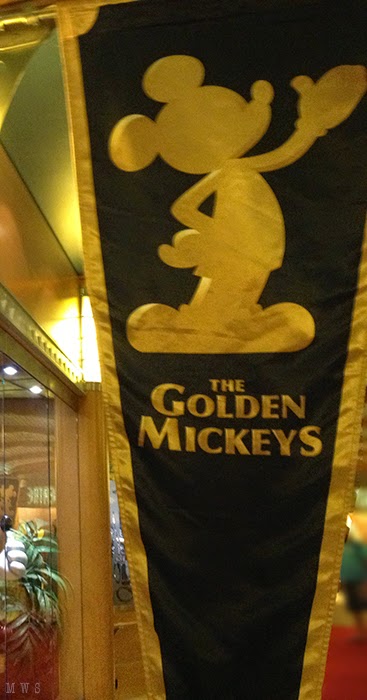 In addition to the show, our meal was Golden Mickeys themed. Our dinner on our schedule was in the Animator's Palate that night so our Golden Mickeys meal took place there.  I thought the dessert menus looked so cute! 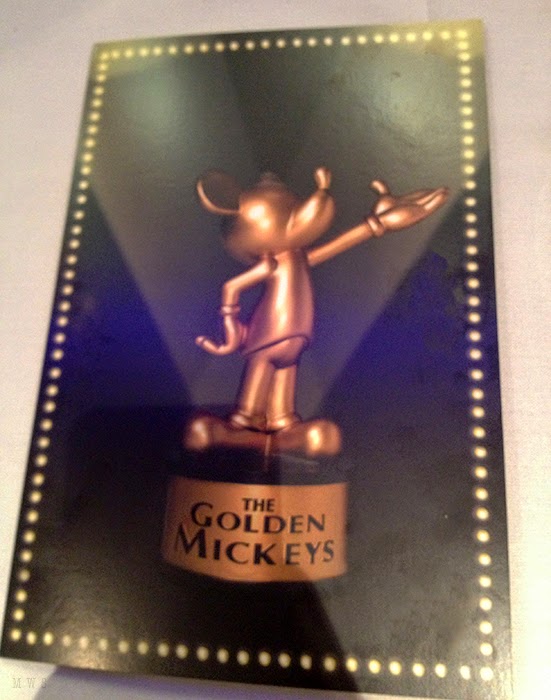 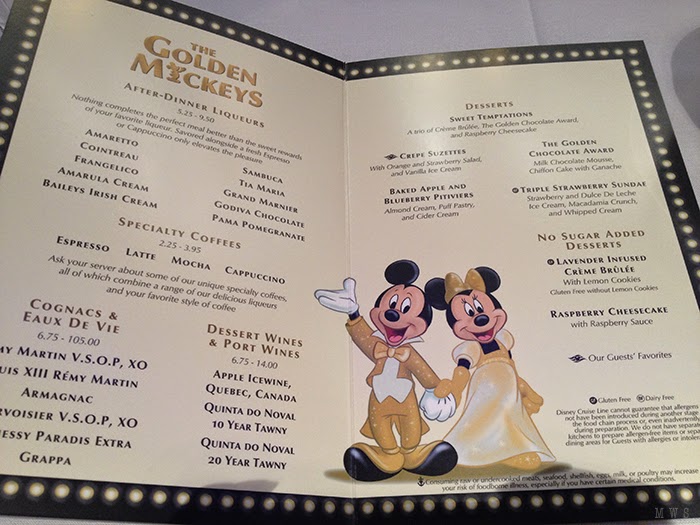 The desserts all looked so good that I ordered two- the Golden Chocolate Award and the Lavender Infused Crème Brûlée. Delicious! 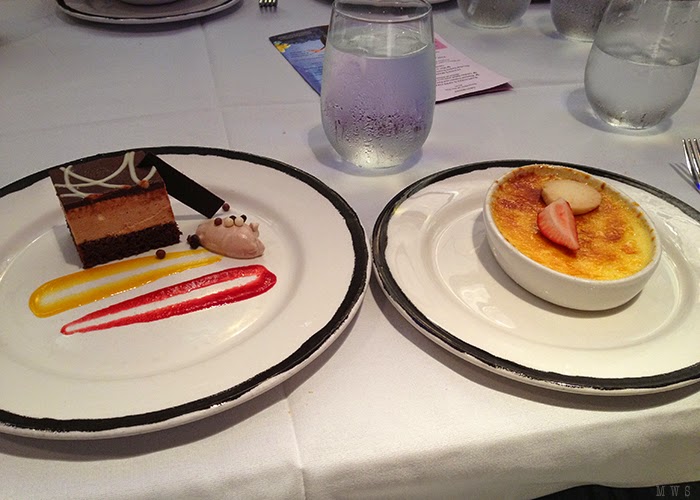 It was a wonderful evening!   Cruise director Mickey does a great job making sure you feel like a star on his ship! 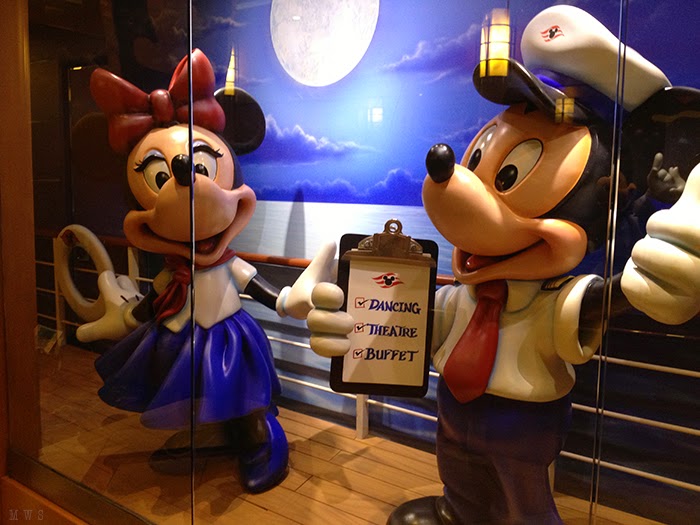 I hope everyone has a glamorous Oscar Sunday!
Posted by Nerissa