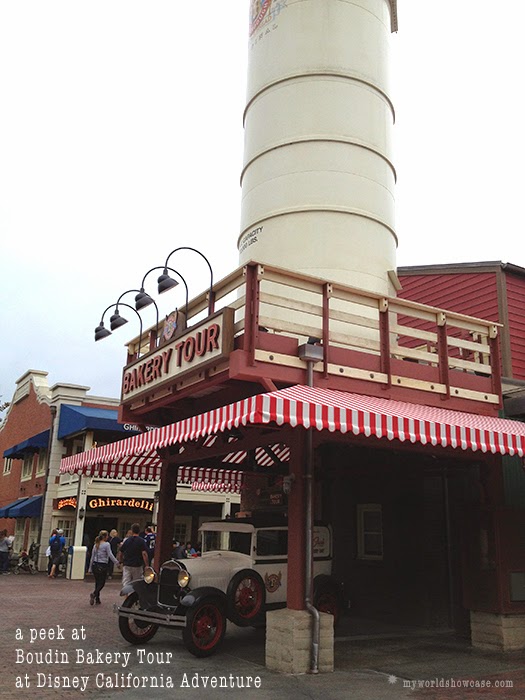 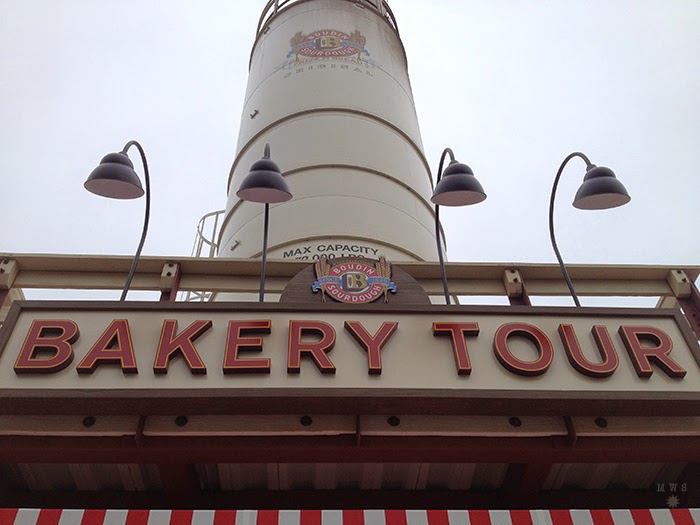 They did a great job on the exterior. I think it is much more noticeable than it was before.  There is even a fancy Boudin vehicle outside of it. 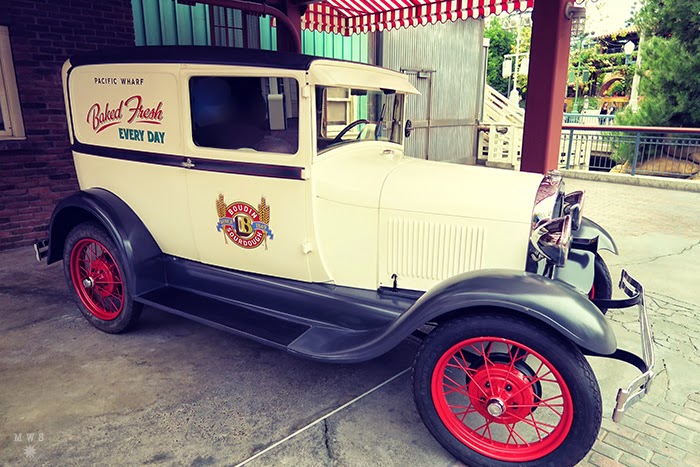 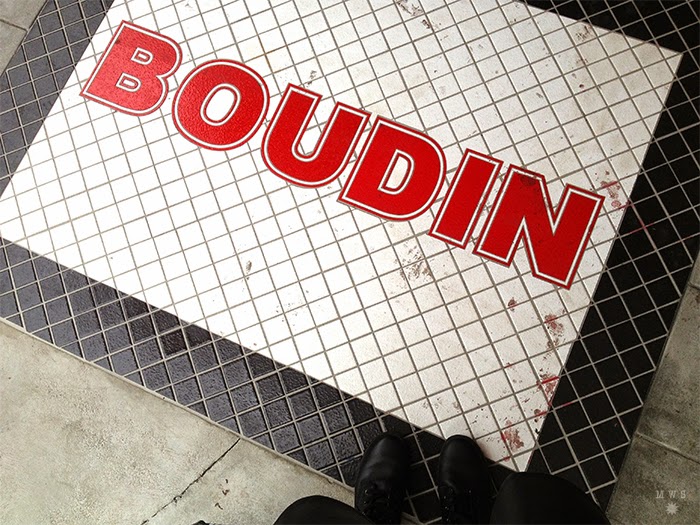 Imagine someone just handed you a piece of sourdough as you walk in, yum!  The best part (free food!) has not changed.

If you were concerned you wouldn't get to see our old tour guides Rosie O'Donnell and Colin Mochrie anymore, don't worry!  Their intro video still plays on a screen inside the room.  The later TV screens with them showing you around the bakery are gone however. The big difference that I noticed was that the space felt brighter and more spacious because they got rid of the big sliding door that would force you to watch the intro video in it's entirety before continuing. They had started leaving it open most of the time so I think removing it was a major improvement.

The inside of the room has a bread wagon off to the side. 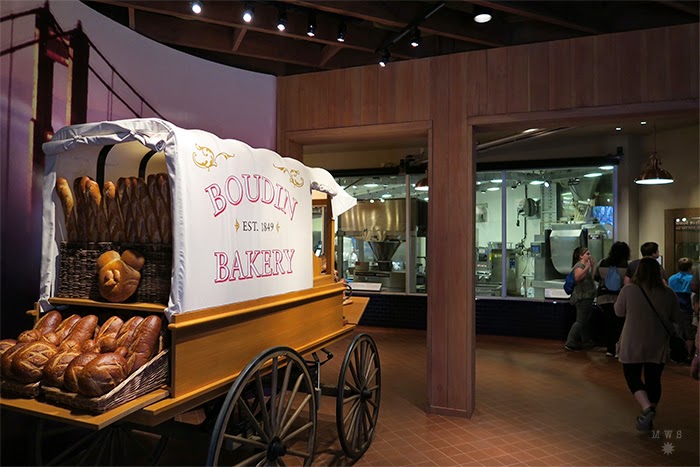 There is also a door on the wall with a loaf of sourdough nailed to it.  It was how fresh bread used to be delivered in the early morning!  The delivery person would hang the bread on a nail peg. 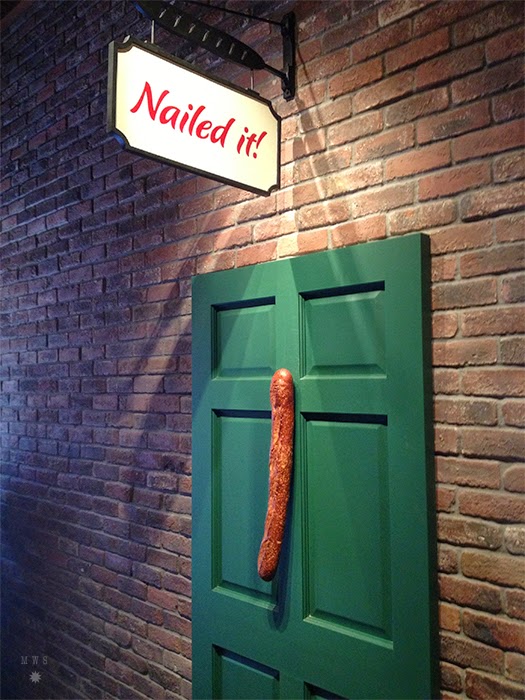 After you watch some of the video, you leave the first room and head down the hallway.  At the start of the hall there is an interactive spot that asks you true and false questions. 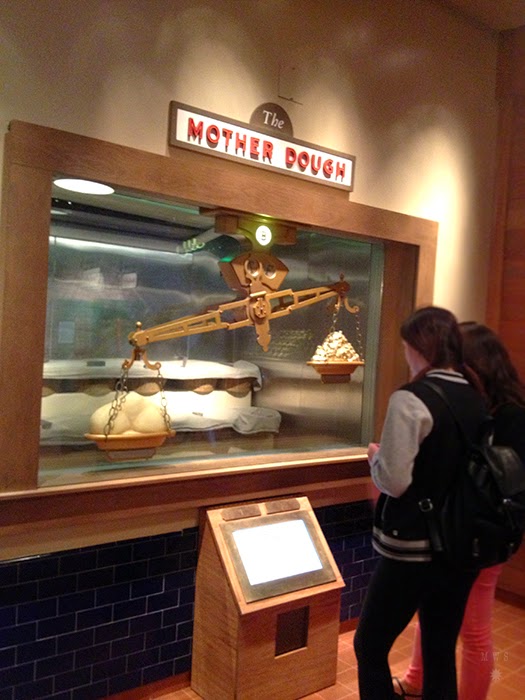 The rest of it consists of getting to look through the big windows into the bakery. I always like looking through the windows and watching the bakers make the bread so I'm glad that's stayed the same.  Sometimes the bakers wave to you! There are facts you can read too. 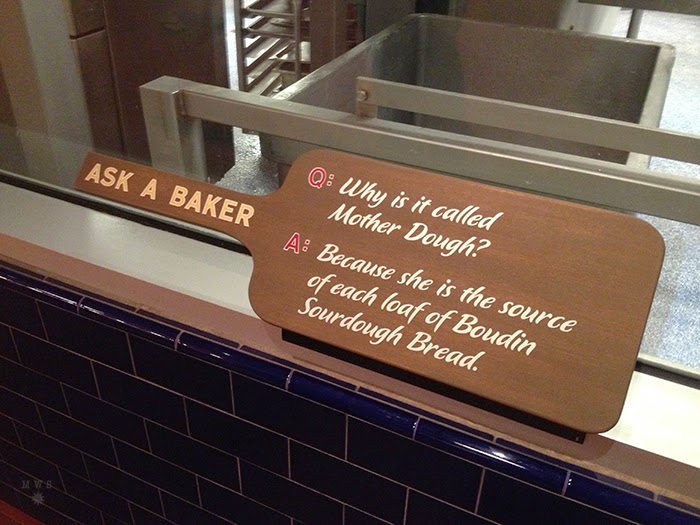 There is also a wall that has photos and info about the history of Boudin sourdough. 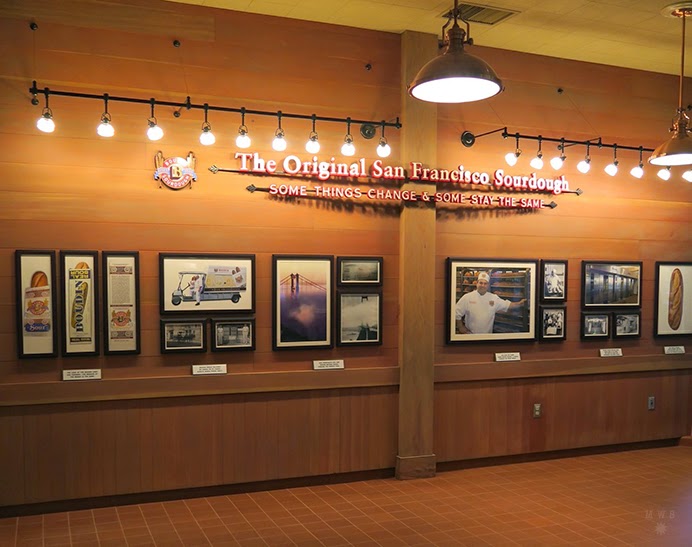 Tables and chairs are now near the end of the hall although I'm not sure if they're permanent or not.  I hope they stay because I think it's a nice place to sit and take a (air-conditioned) break while at the parks.  We'll see what happens after they reopen the Pacific Wharf Cafe that is next door which is currently being refurbished.

I thought they did a great job on the bakery tour makeover! What do you think? Are you craving sourdough now too?
Posted by Nerissa