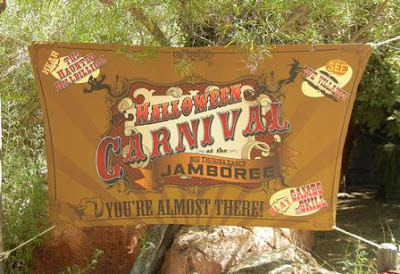 A couple weekends ago I was able to check out the Halloween Carnival at the Big Thunder Ranch Jamboree!  I took a lot of photos there and will split it into a couple posts!

I always like the Big Thunder Ranch Jamboree because it's usually pretty quiet back there and is a great spot to meet characters without as much of a line.  For Halloween it was transformed into a Halloween Carnival!


On my way over there I saw several signs!

I walked by the petting zoo and smiled when I saw that the goats had on Halloween bandanas! 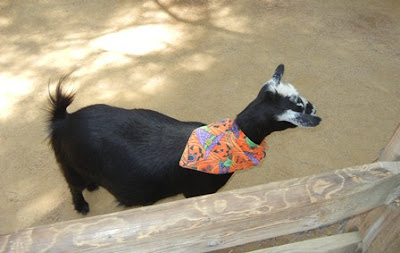 I walked into the Halloween Carnival and saw a ticket booth! 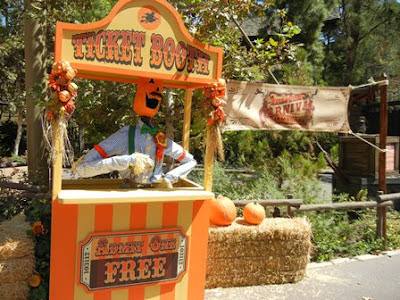 To my left there was a big tent with posters around it that had Disney villains on them! 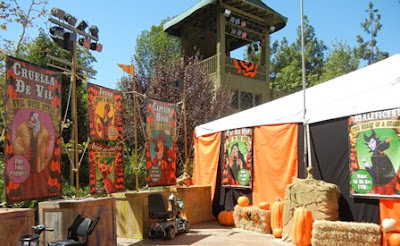 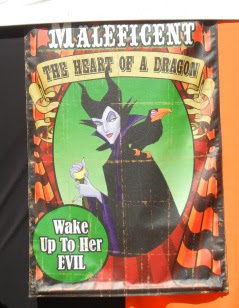 The posters had a couple of villains on them that I wanted to meet like Maleficent and Jafar and it definitely made me curious especially when I saw that the front of the tent said "Conjure A Villain!" 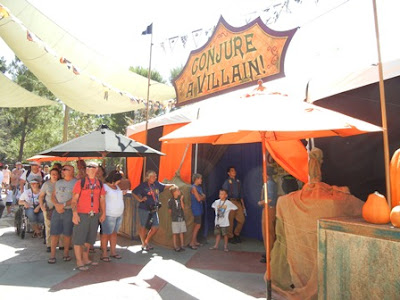 The line actually seemed pretty long and I went to go look around the rest of the carnival.  I was going to leave but there were lots of loud sounds coming from the tent and curiosity got the best of me and I waited in line to go into the tent!  Once you go in you end up in this room that has an empty box at the front of it: 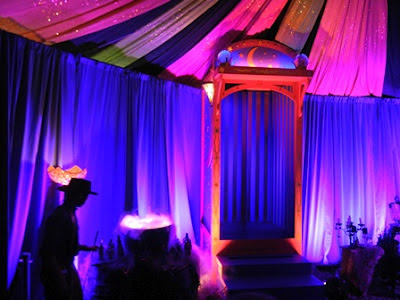 There is a boiling cauldron and a Cast Member picks one of the guests to go over to it and help conjure up a villain! 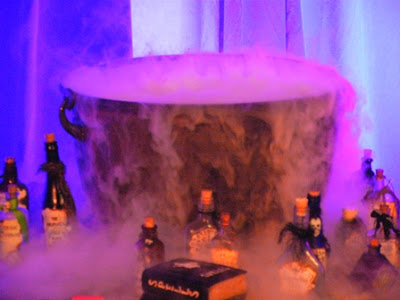 Once the guest does the conjuring there is some loud thunder and effects and we find that Cruella has magically appeared in the box! 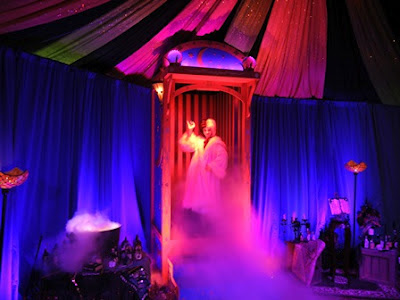 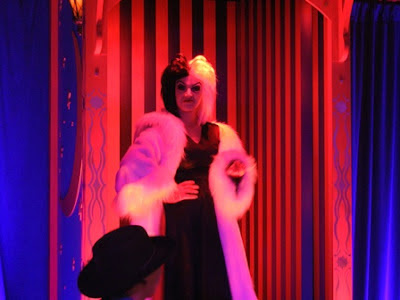 I really thought the Conjure A Villain tent was cute but I do wish you knew which villain you were going to meet or when certain villains are going to be there.  Either way I had a nice time and will probably do it again sometime!  Have you done the Conjure A Villain tent yet?  Which villain did you see?  I'm curious as to which other villains get conjured up!
Posted by Nerissa