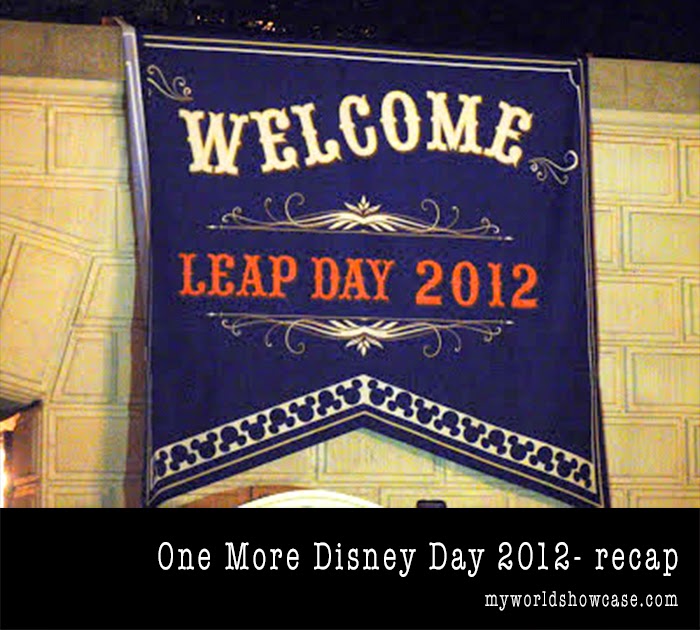 At the end of February my husband and I were able to check out the special 24-hour Leap Day event, "One More Disney Day," at Disneyland that they had this year.  We both had work that day so we decided we'd check out the very late hours.  That's what we were most excited about anyway because the park isn't usually open past midnight and we thought maybe it'd be less crowded because it was so late.  (We were sooo wrong about that!)

We both got home from work, had dinner, and watched some television before taking a nap at 10pm. A little after midnight I got up, took a quick shower, and dressed warm before heading off to Disneyland!

We got there a little before 1am and there was a really long line at the bag check!  We heard people in the lines talking about the park being at capacity!  We were already there though so we figured we'd go to the gate and just see what the cast member tells us.

At the gate, the Cast Member was friendly as she told us we came at the right time!  The park had been at capacity not long before but they had just started letting people in again.  We were delighted that we were able to get in!  The park was VERY crowded and I could totally see why they had closed their gates earlier that night. 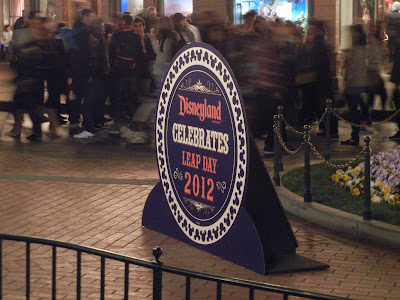 We made our way through the crowds of people over to Tomorrowland to check out what kind of wait times the rides had.


There was a 115 minute wait for Space Mountain and the other rides had long lines too!  Our theory that the park would be less crowded because of the late hour was way off!


At this point we decided to wander a bit and check out the rest of the park.

We walked by Tomorrowland Terrace and saw the DJ there that night and that it was jam packed full of people dancing! (Well more like swaying- it was too crowded for them to really bust a move!) 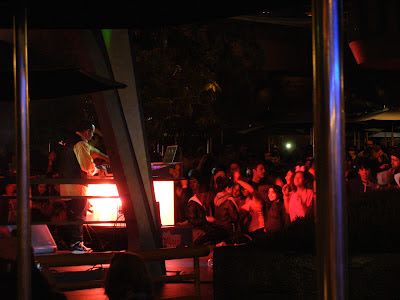 We headed towards Carnation Plaza where Mickey and his pals were supposed to be in pajamas!  I really wanted to get a photo with them because I've never seen them dressed like that before so we hopped in line.

We waited and waited... the line was long but lucky for us the characters were very interactive and entertaining to watch while we moved through the line. 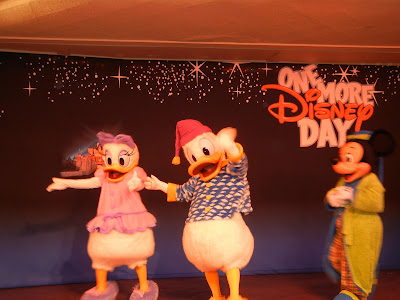 After waiting for about an hour it was our turn to meet the characters!  I had our 2011 Duffy with me so he got to be in the photo too! 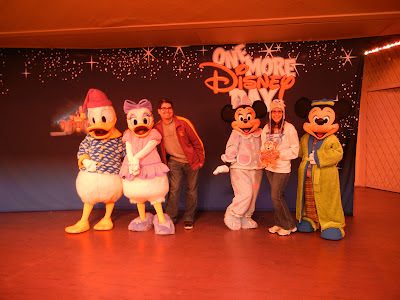 It was around 2:30am in the morning after we met the characters.  We headed over to Fantasyland to see if we could find a ride to do there with less of a wait. Snow White's Scary Adventures had a line that was the longest I've ever seen it!

We were about to give up on getting a ride in that night when I noticed the carousel wasn't too crowded.  We were able to go for a ride before heading out!

On our way out I stopped for a quick nap!


As we walked towards Main Street I was surprised by how crowded the park still was! 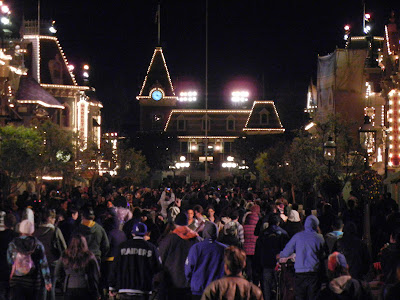 It was about 4AM when we were about to leave but we spotted a short line to see Goofy and Pluto so we stopped by to say hi!


Once we exited the park we saw that the area between DCA and Disneyland was pretty empty so we snapped a quick photo in front of DCA's new entrance.

I went to bed around 4:30AM and was able to get a couple hours sleep before work the next day.  I was really tired but it was so worth it!  Despite the large crowds I had a great time!  If they have One More Disney Day for the next leap year I'll definitely stop by again!
Posted by Nerissa