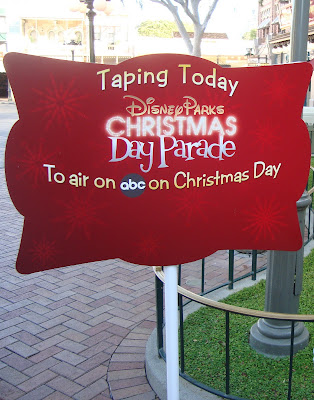 Last Saturday I was able to check out the Christmas Day Parade taping at Disneyland.  I've gone the last couple years and always have a lot of fun.  Plus it really gets me in the mood for the holidays!  The part of the show that is at Disneyland usually gets taped in early November and is aired with the part taped at Disney World on Christmas morning.

This year's parade was a combination of a few floats from the old Pixar Play Parade, Soundsational Parade, and the Christmas parade!  The parade taping is usually very slow going because they are doing several takes.  We stared at Lotso for about half an hour!  Lucky for us he was very entertaining! 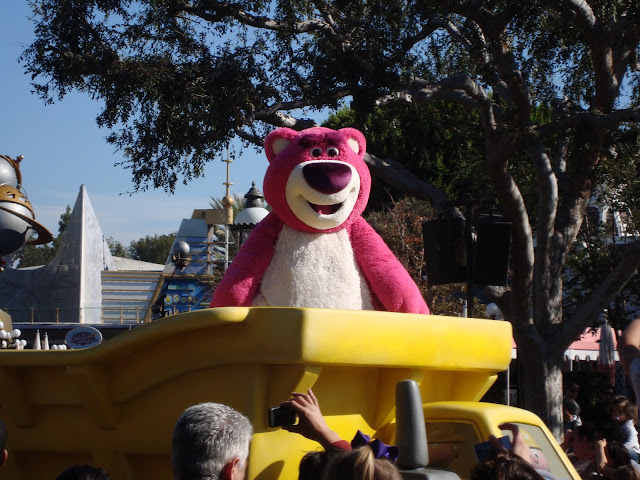 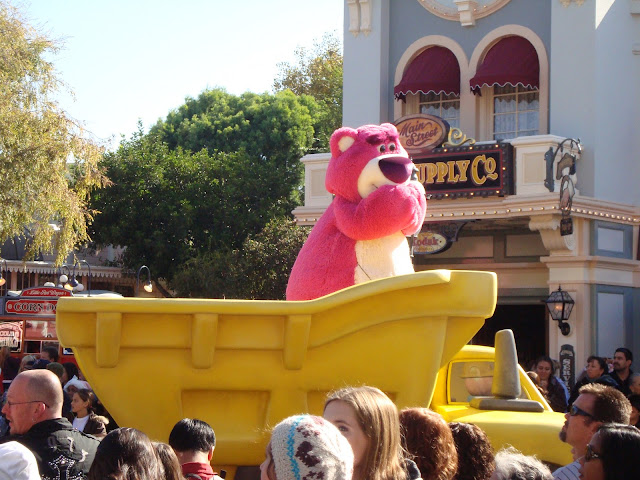 The rest of the parade! 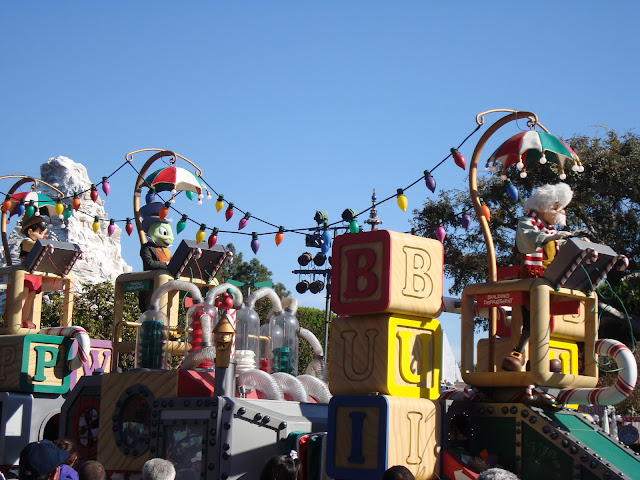 I loved seeing Daisy in the Soundsational part of the parade! 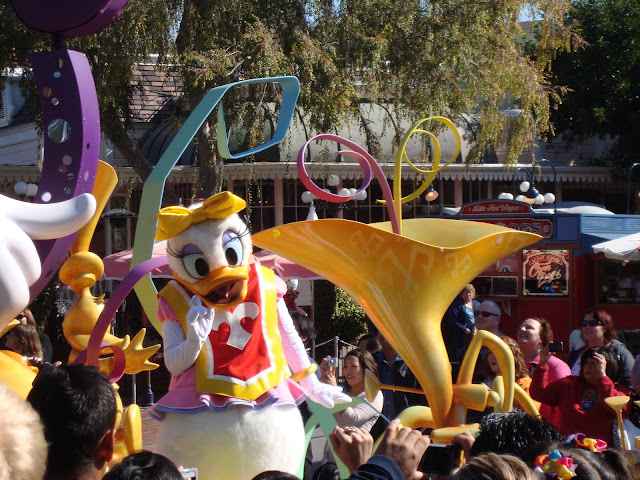 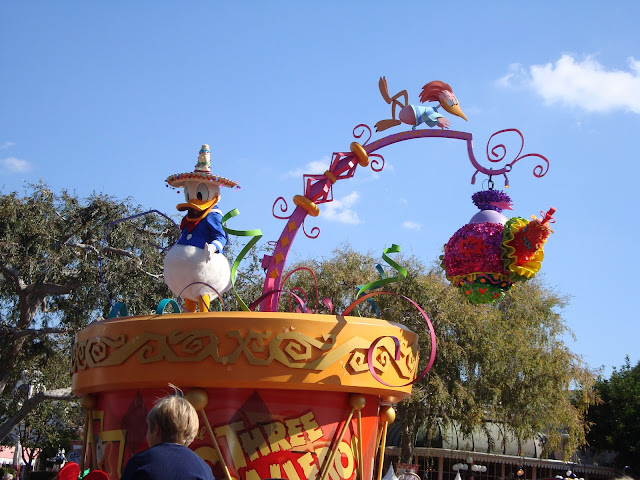 Eeyore was dressed for winter! 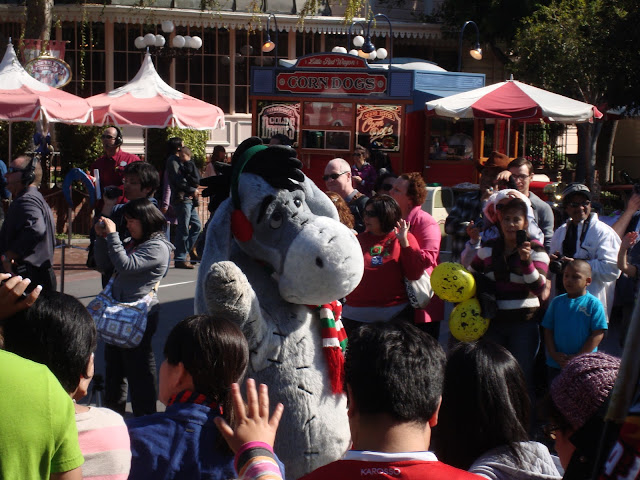 They had a camera on the back of this! 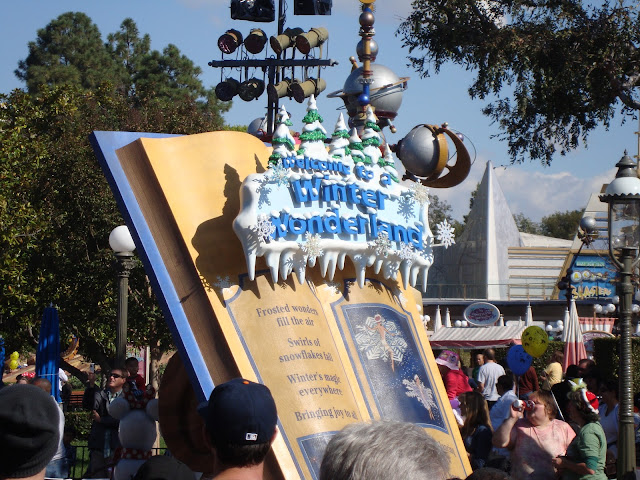 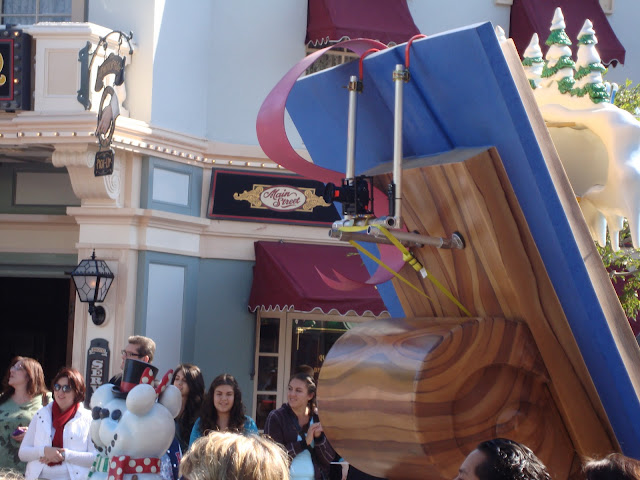 I love how this tree looks with the Matterhorn behind it! 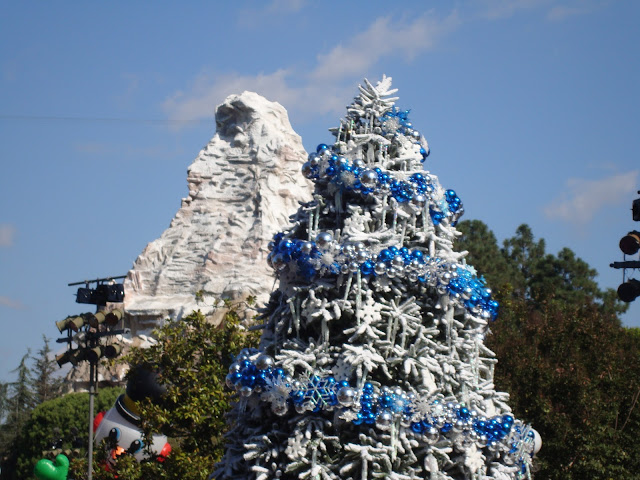 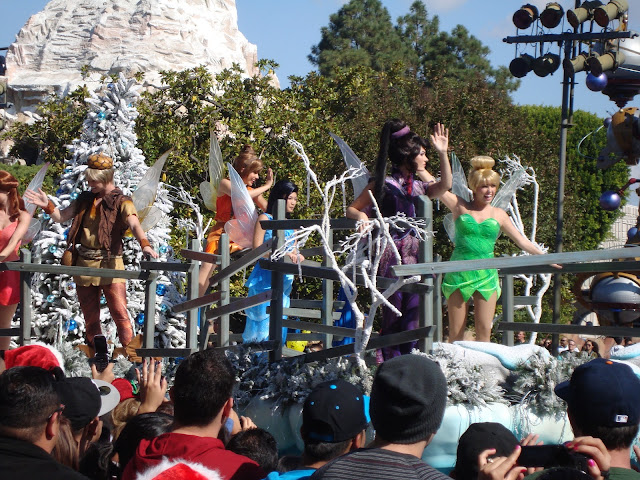 There were several large balloons! 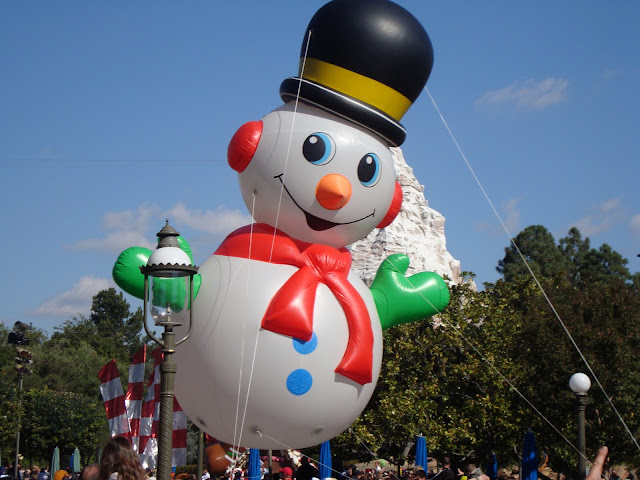 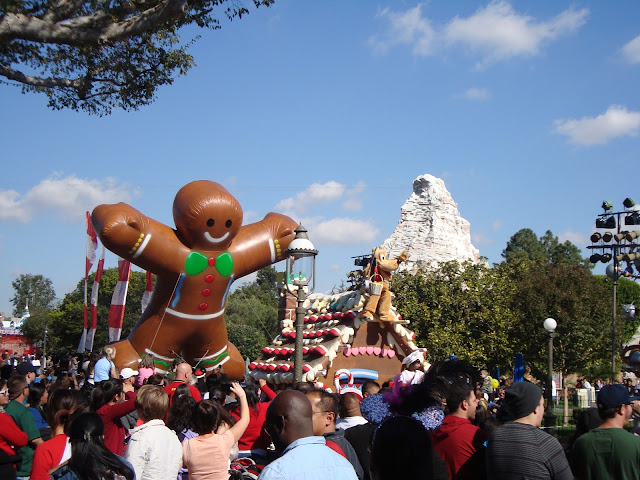 One of the highlights was when it started to snow during the parade! 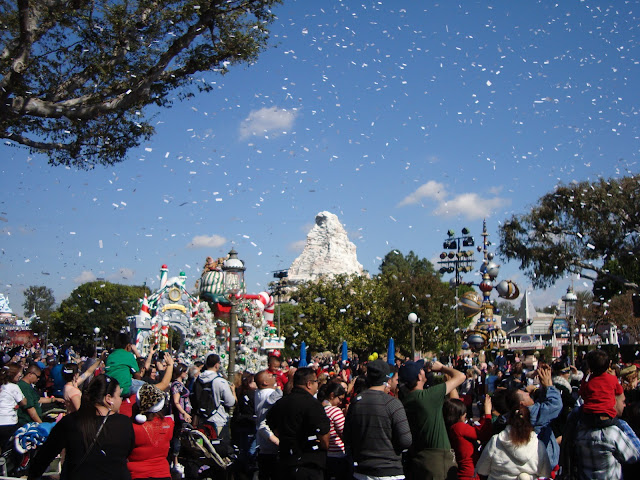 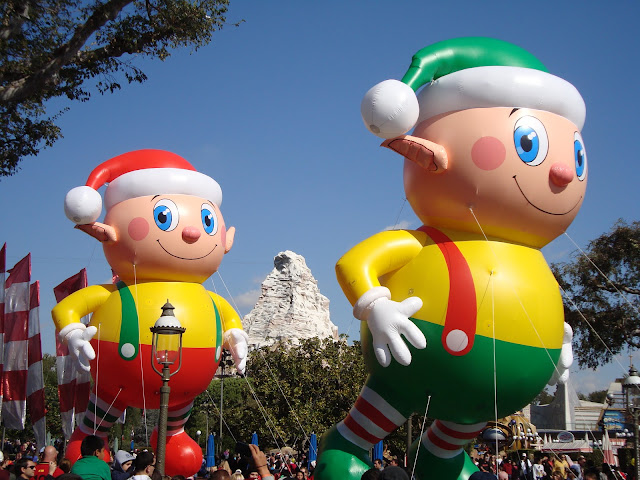 They had a stage set up in front of the castle for a later performance.  We couldn't stick around for it but I was told it would be OneRepublic.  Nick Cannon was also there as well as stars from the Disney Channel series "A.N.T. Farm". 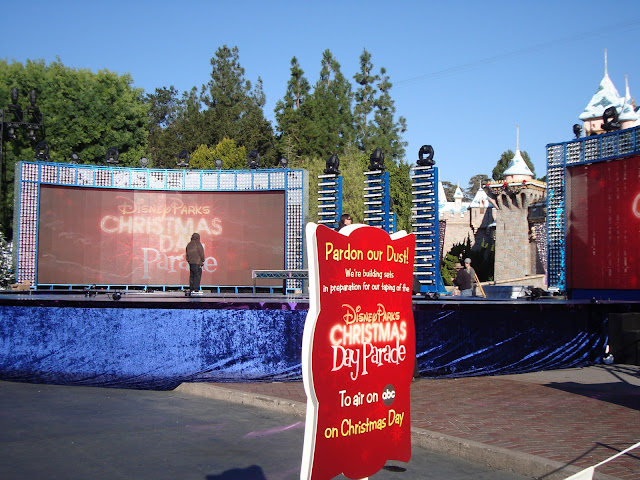 The castle was a pretty sight with it's snow and Christmas decor! 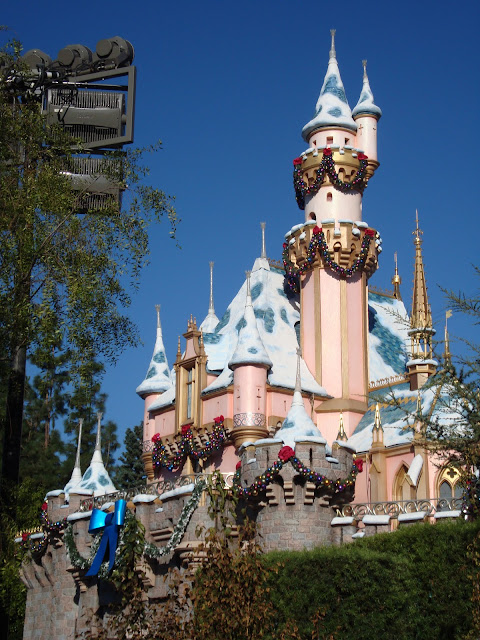 Holidays at Disneyland officially start on Monday, November 14th!  I love how magical the castle looks at night and also the snow after the fireworks!  It's definitely one of my favorite times to go to the parks!

To read about my previous experiences at the Christmas Day Parade tapings check out the following post!