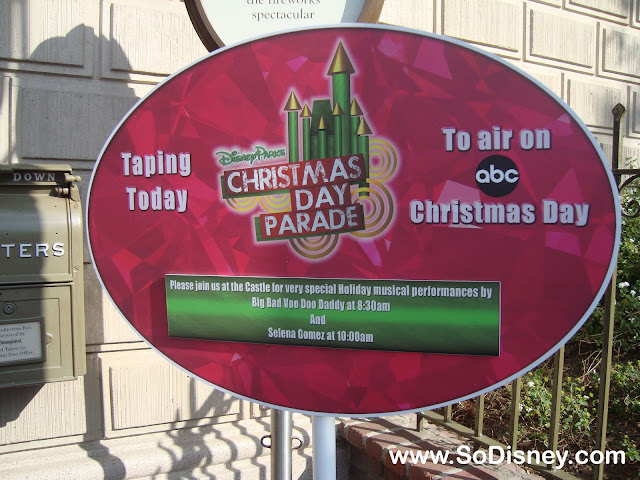 Note- this was previously posted on my other blog So Disney.

Last year, they filmed different parts of the program on two different days. I happened to be at the park when they filmed Stevie Wonder's performance for the 2009 show. 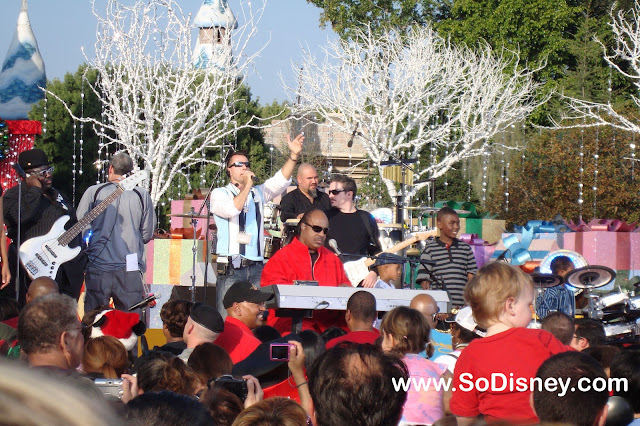 This year I was lucky enough to catch even more of the filming at Disneyland since it was all filmed in one day this time.  I got a decent spot for the performances and was able to take some good pictures.

Big Bad Voodoo Daddy sung their Christmas song, "Christmas is Starting Now," from the Phineas and Ferb Christmas Vacation episode.  While they were singing they were joined by dancers from the tv show Dancing with the Stars. 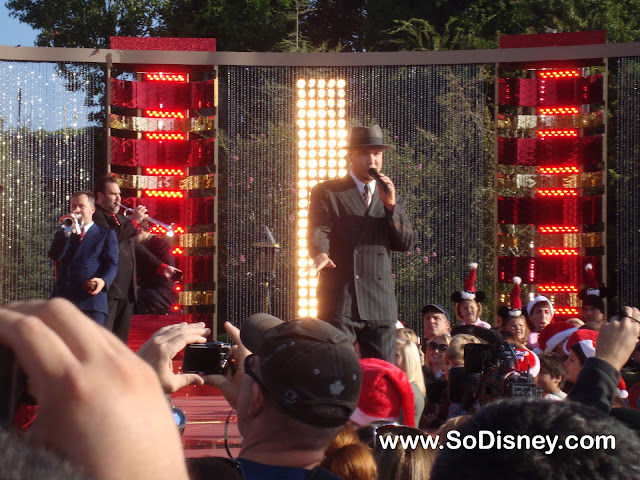 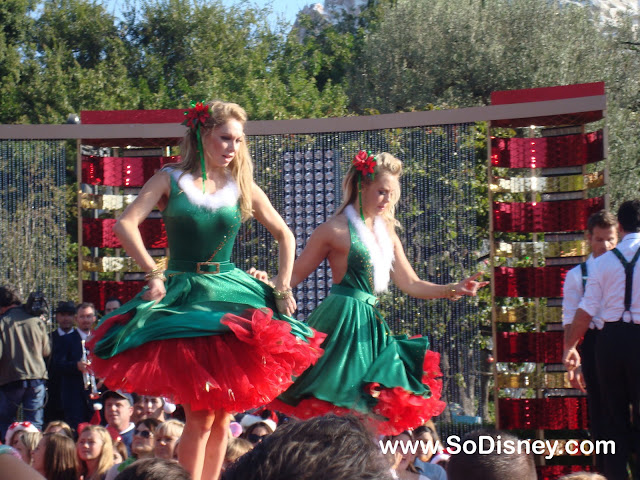 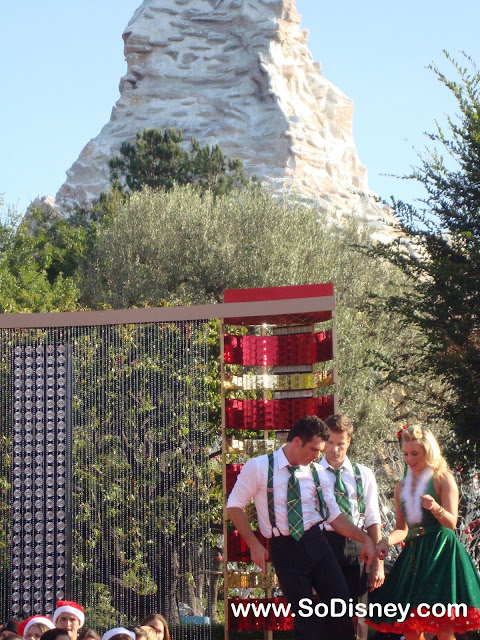 Nick Cannon was the host for Disneyland's part of the program so he introduced the different acts and the parade. 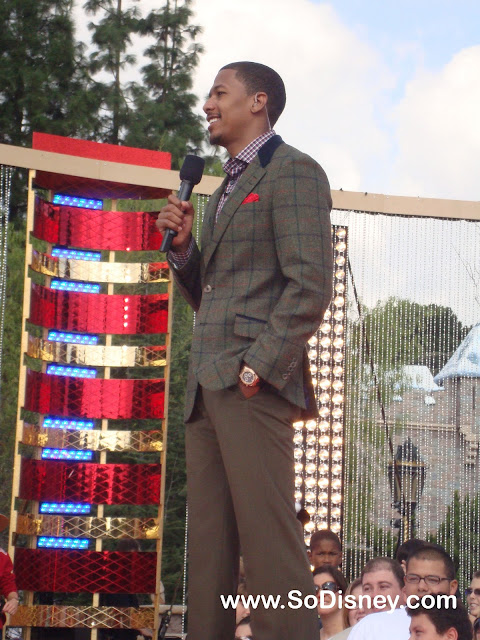 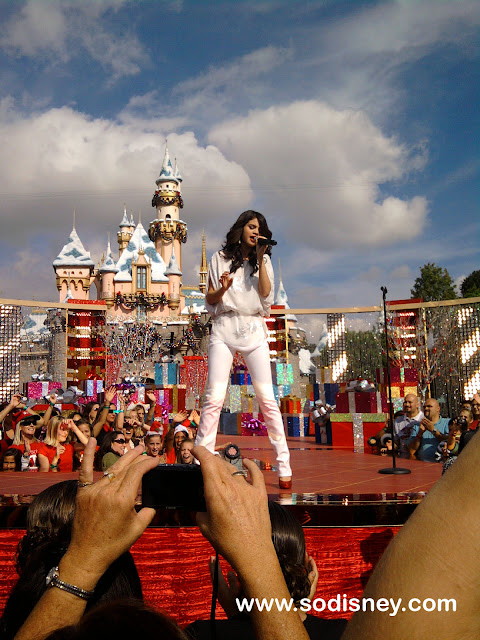 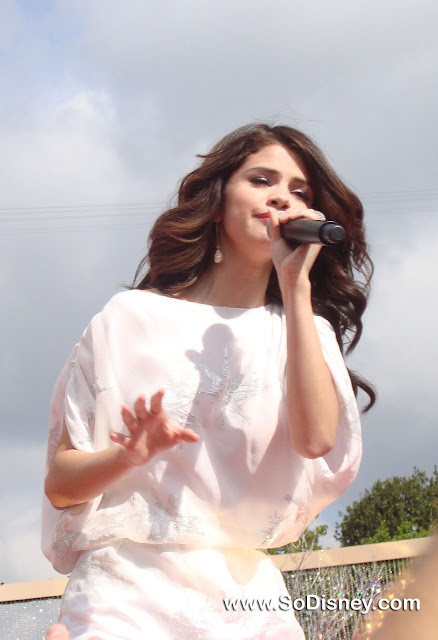 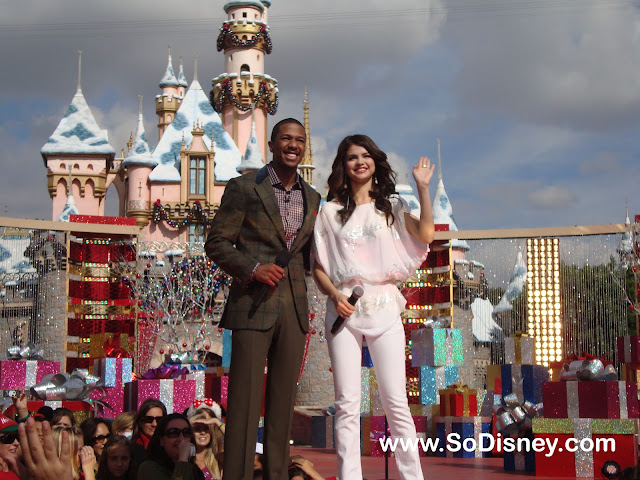 Before Nick Cannon left, he was joined by several characters! 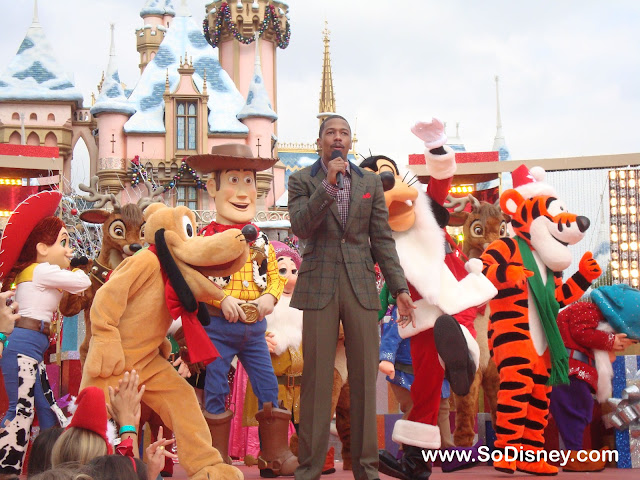 They were also filming "Disney 365" on Main Street. 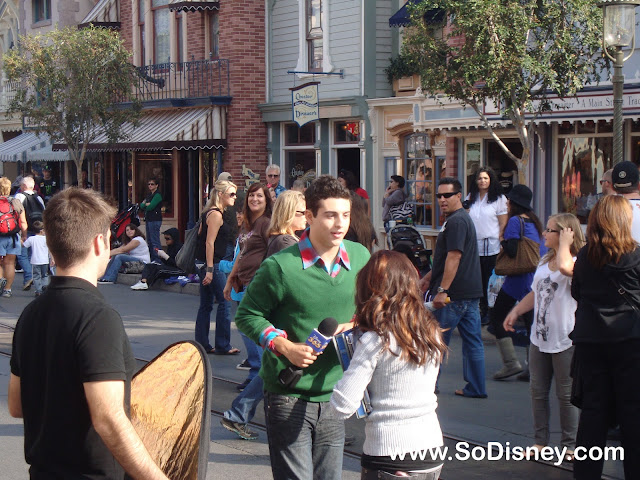 After the performances were done, they filmed the Christmas Fantasy Parade going down Main Street.
The parade included floats with Lotso Bear and Duffy the Disney Bear! 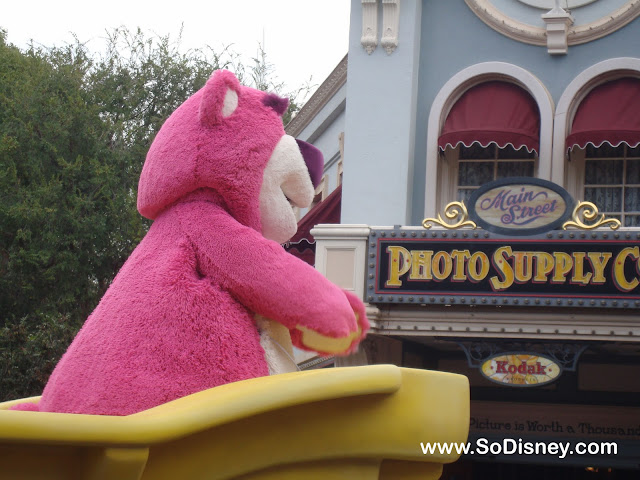 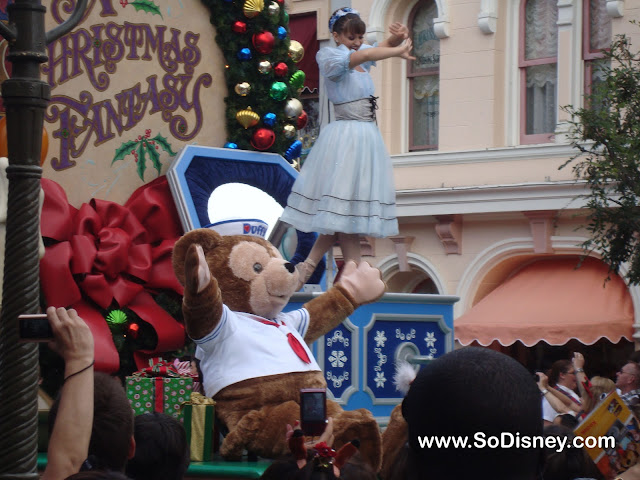 Getting to see all this really got me in the mood for Christmas!  Tomorrow, Nov. 12, is officially the first day of Disneyland's holiday season!
Posted by Nerissa